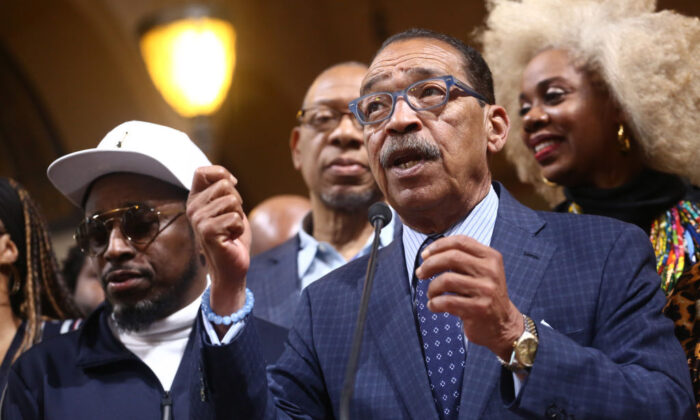 Wesson, who previously represented the district on the council from 2005 to 2020, was appointed in February and started attending council meetings the following month to replace Mark Ridley-Thomas, who was removed from the seat due to federal indictment charges.

But Bonta said in his opinion the Christian group raised considerable questions about Wesson and whether his appointment violated the City Charter, which is the city’s governing legal code.

According to the charter, councilors are limited to three terms, each spanning four years. Since Wesson already reached the maximum term limit, the group sued the city on those grounds.

“We conclude that substantial questions of law exist as to whether Wesson’s appointment to the Los Angeles City Council was lawful,” the opinion read. “Further, the public interest will be served by allowing the proposed [legal challenge] to proceed.”

Some residents in the district claimed Wesson was appointed in secret in February and was not elected by constituents.

“We believe that he is illegally holding office, and that’s why we wanted to keep the status quo and put no one in there until Mark Ridley-Thomas’ criminal trial came around.” Attorney for the SCLC of Southern California John Sweeney told the Los Angeles Times.

After the council unanimously approved the appointment in late February, the group filed a lawsuit stating Wesson has “termed out.”

In March, Los Angeles Superior Court Judge Mary Strobel cleared the way for Wesson to begin serving as a temporary replacement. However, Strobel did not rule on whether he is eligible to serve again. She said the group needs permission from Bonta before the case can continue, according to Sweeney.

City Council President Nury Martinez said in a statement defending Wesson’s appointment that the district “wanted a trusted voice on this council, and their choice was Herb Wesson.”

Ridley-Thomas, who was previously on the Los Angeles County Board of Supervisors, was indicted on bribery, conspiracy, and fraud charges last October. He allegedly conspired with a University of Southern California dean—during his time as a supervisor—to give county money to the school for his son to be accepted by its graduate program with a full scholarship and a paid professorship.

Wesson is representing the district until Dec. 23 in the council’s original plan. If Ridley-Thomas is found not guilty or his charges are dropped before then, Wesson will have to step down earlier.