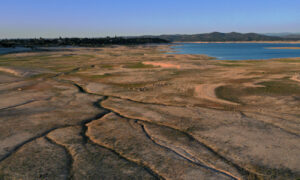 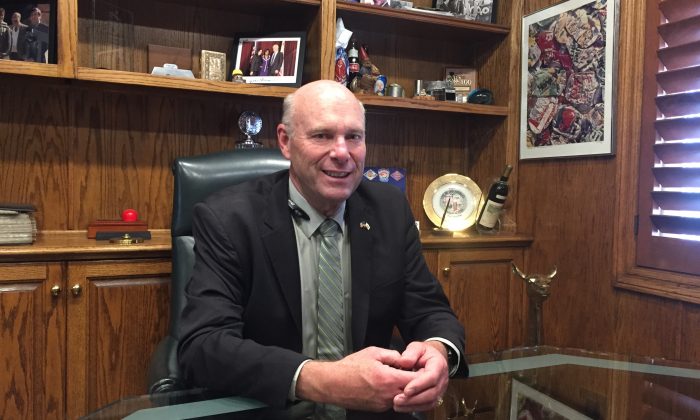 A 2015 Los Angeles Times analysis found that less than two-thirds of requests to remove trash were responded to in dozens of Central, Northeast, and South Los Angeles communities. Meanwhile, 99 percent of requests were honored in other parts of the city.

Judge Bailey said that his main goal as attorney general will be to provide equal treatment for all Californians under the law.

“My approach to California is to treat all Californians as equals and ensure that the law is applied equally.”

‘What We Need Is a Change’

Charletta Butler, 72, Los Angeles resident and representative of EmpowerLA Neighborhood Council, spoke at the event to show her support for Bailey, even though she’s been a lifelong Democrat.

“What we need is a change,” she said. “There are communities that have been left out for enhancements and the right to live within a clean environment. Our appointed and elected officials have failed certain areas.”

Errol Segal, senior consultant for the private company Active Recycling, said he has tried to show his support for the community by allowing people to dump up to 500 pounds of trash for free.

“No one else does that,” he said, adding that some people in the area are “treated like third class citizens.”

Bailey joined Segal in kicking off a Clean-up Los Angeles Campaign to discourage illegal dumping and encourage residents to take the initiative to pick up existing trash themselves.

“The man has great character, great ethics, and he’s willing to stand up as our attorney general to fight for victims versus what the current attorney general is doing, which is fighting for criminals and giving them more rights,” he said.

Bernal also said Segal’s business has “really helped clean up a lot of the debris within the city.”

Bailey, who was an attorney for nearly 20 years and served as a Superior Court judge for eight years, said he’s “pretty troubled by the direction of California,” including a number of laws passed in recent years.

He supports a voter referendum to repeal SB10, a California law that abolished the bail bond industry. If it gathers enough signatures, the repeal initiative will be on the ballot in 2020.

“It’s a constitutional right to have bail in this state,” said Bailey.

He also wants to reform AB 109 and repeal or modify Prop. 47 and 57, which had the goals of reducing the prison population and decreasing punishment for certain crimes, among others.

“Until we focus on these issues, nothing is happening in California, except crime’s going up, property crimes are going sky-high, and Californians are feeling like victims,” he said.

And while California’s current attorney general Xavier Becerra has made a name for himself by suing the Trump administration 44 times in less than two years, Bailey said he supports the president on issues such as immigration.

“We have to control our borders to be able to have orderly immigration. I’m not anti-immigrant. I want them to come here legally,” he said.

He also said that the so-called “sanctuary state” policies that California has adopted have done nothing but provide sanctuary for criminals. He voiced confidence that he will be able to use his experience to draft changes to these policies and laws that will appeal to people on both sides of the issues.

“As attorney general, I’m going to take the lead to make those modifications,” he said. “My focus is going to be on California and California problems.”

Judge Bailey and his wife Kathleen have been married for 41 years, and they live in South Lake Tahoe.