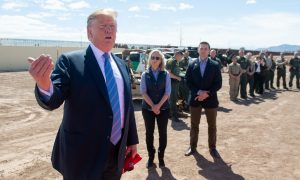 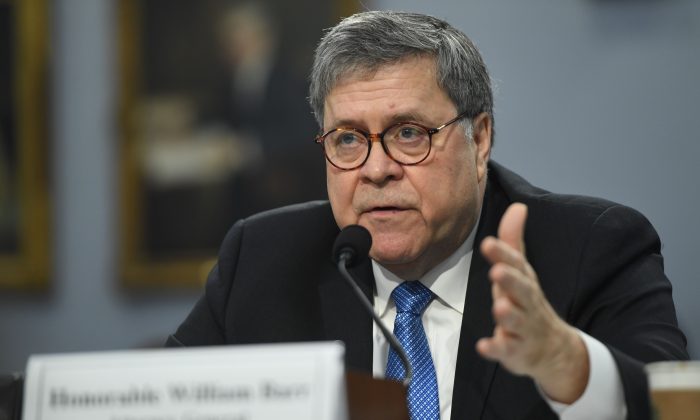 Attorney General William Barr on April 16 struck down a decision that had allowed certain asylum seekers to ask for bond in front of an immigration judge. Barr’s ruling expands indefinite detention for migrants who enter the United States illegally and then ask for asylum.

The ruling doesn’t affect the Homeland Security Department’s option to release the migrants on parole “for urgent humanitarian reasons or significant public benefit.”

The United States has faced a growing influx of migrants from the Central American countries of El Salvador, Guatemala, and Honduras with more than 1.4 million caught at the southern border after crossing illegally—half a million of them in the past 18 months.

Migrants caught at the border would normally be placed in an expedited removal proceeding and quickly deported. Yet the recent migrants have found a loophole: They usually surrender to authorities and request asylum claiming they are afraid to return to their countries. After months, or even years, of onerous proceedings in immigration courts, most of their asylum claims fail, but by then they’ve already established their lives in the United States and face a much lower chance of deportation, since Immigration and Customs Enforcement (ICE) only has the resources to deport a few hundred thousand illegal immigrants a year. The immigration court system, meanwhile, is faltering with a backlog of more than 850,000 cases.

A 2005 decision by the Board of Immigration Appeals, an appeals body for the immigration courts, allowed many of the asylum seekers in deportation proceedings to bond themselves out of detention.

In his first immigration ruling since taking the office, Barr overturned the decision, saying the Immigration and Nationality Act stipulates that the asylum seekers in question “shall be detained for further consideration of the application for asylum.”

“There is no way to apply those provisions except as they were written—unless paroled, an alien must be detained until his asylum claim is adjudicated,” he said in the ruling (pdf).

Immigration courts are separate from the judiciary branch and instead fall under the Justice Department, giving the Attorney General the power to directly decide cases to set legal precedent.

Barr’s decision may have a limited effect since the immigration authorities lack sufficient capacity to detain all the asylum seekers who pour in illegally.

Moreover, past court decisions have curtailed detention of minors to 20 days, which forces the authorities to release them together with their parent or parents in order to prevent family separation. About two-thirds of the Central American migrants in recent years have arrived as children or adults with children.

The decision will have no impact on the unaccompanied children, who are exempt from expedited removal. Most families are also paroled because of a lack of facilities to hold parents and children together.

In early March, ICE said the average daily population of immigrants in detention topped 46,000 for the 2019 fiscal year, the highest level since the agency was created in 2003. Last year, Reuters reported that ICE had modified a tool that officers have been using since 2013 when deciding whether an immigrant should be detained or released on bond, making the process more restrictive.

Michael Tan, from the American Civil Liberties Union, said the rights group intended to sue the Trump administration over the decision.

Barr’s decision came after former Attorney General Jeff Sessions decided to review the case in October. Sessions resigned from his position in November, leaving the case to Barr to decide.