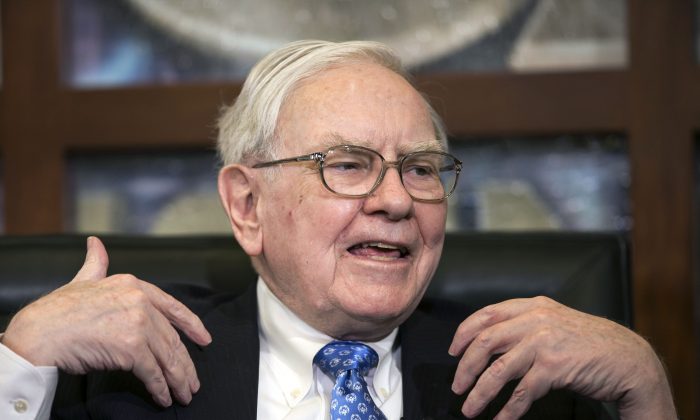 Investment gurus, pundits, and especially the media watch Warren Buffett, chairman and CEO of Berkshire Hathaway, like a hawk in the hopes of learning his strategies and perhaps achieving a similar stature.

According to the Forbes list of billionaires, Warren Buffett is the fourth richest man in the world. On March 25, the Forbes website suggested that there are 1,426 billionaires. Out of the more than 7.1 billion people on this earth, the billionaires account for 0.00002 percent of the world’s population.

The probability of attaining Buffett’s stature and wealth is very low, but some may hope that a little of Buffett’s investment success might rub off, and they could at least reach the millionaires list.

Listening to Buffett’s most recent interview with CNBC and reading his announcements, one wonders what his true strategy is.

According to a January article on the Warren Buffett Secrets (WBS) website, Buffett does lecture on the “general principles of sound investment.”

But, the article states, “Warren Buffett does not readily disclose the investments he makes on behalf of himself or Berkshire Hathaway. He does, every year, report on the substantial holdings of his company in other corporations. These provide only tiny clues however to why, when and where he invests.”

Questioning Buffett’s Intentions
Beginning in 2008, Buffett stepped up his support of two companies, the Goldman Sachs Group Inc. and JPMorgan Chase & Co., both of which continue to be besieged by lawsuits concerning misrepresentations and ethical issues.

According to a Feb. 19 article on the WBS website, Greg Smith, former vice president at Goldman, details the scheming perpetrated by Goldman employees in a book. One questions why Buffett would support Goldman, given its “gradual erosion of ethical principles,” according to Smith.

“Buffett publicly stepped in and helped out Goldman Sachs by taking a multi-billion dollar position in the firm in preferred shares,” which gave Goldman an implicit seal of approval during the financial collapse, according to the WBS article.

The article asks why Buffett supports a company that faced, and continues to face, violations of established regulations, “particularly as he has often commented upon the need for integrity in business.”

Recently, the media was having a field day concerning JPMorgan Chase, including the call by leading proxy advisory firms for the removal of board members, as well as Chairman and CEO Jamie Dimon’s resignation of his chairman position.

JPMorgan has faced and is still facing SEC and other regulatory agency investigations and lawsuits for violations and abuses by the firm.

Yet, Buffett supports Dimon. During a recent CNBC interview, he indicated that Dimon should retain both his positions, stating, “I think it’s fine if he does. Sure.”

Secretiveness
The Motley Fool asked people who attended the Berkshire Hathaway shareholder’s meeting what Buffett should have talked about, but didn’t.

The question on shareholders’ minds is: Given that Buffett is 82 years old, who will take over the helm of Berkshire in the future?

“But not only did Buffett refuse to name his future replacement, he teased the crowd about it,” according to a May 8 Motley Fool article.

Another investor was interested in Buffett’s next acquisition, given that the H.J. Heinz Co. was purchased at too high a price. A new deal would have told the market if Buffett is starting a new trend.

A third investor complained that Buffett’s responses were vague, not in depth, and not geared toward those with a smaller investment budget.

Bemoaning that Buffett didn’t give greater insight into his investment strategy, one investor said, “It would’ve been great to get to talk about investing in more depth and in more specific terms,” according to the Motley Fool article.

The article reasons that Buffett doesn’t pay a dividend to investors despite its excellent liquidity position. To make her point, the article writer cited the Ned Davis Research Group.

Furthermore, Buffett’s Berkshire holds not just one stock, but 30 out of 40 stocks that pay dividends, and many of these firms have paid dividends for years. Besides, Berkshire is a highly liquid company.

At the same time, Berkshire earned $1 billion in interest, dividends, and other investment income during the first quarter of 2013 and $4.5 billion during the entire year of 2012.

An August 2012 article on the Motley Fool website counsels that anyone holding Berkshire stock should sell it, given its growth history. The firm’s average annual growth rate had been 6 percent over the previous five years, while there were 211 companies on the S&P 500 that had grown at a faster rate.

A second reason for selling the stock is that Buffett’s way of growing the company would be difficult to emulate once he steps aside.

“Buffett’s impressive prowess in allocating Berkshire’s capital has been a key source of the company’s success. Without Buffett, the profits will still be there, but the savvy reallocation may not be,” the Motley Fool article states.