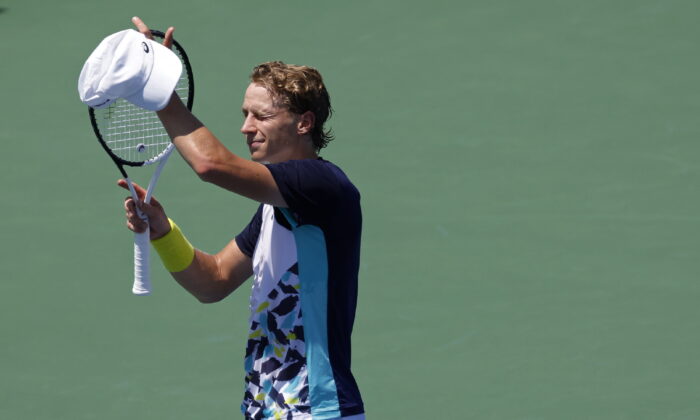 Emil Ruusuvuori of Finland waves to the crowd after his match against Hubert Hurkacz of Poland (not pictured) on day three of the Citi Open at Rock Creek Park Tennis Center in Washington on Aug 3, 2022. (Geoff Burke/USA TODAY Sports via Reuters)
Tennis

Finland’s Emil Ruusuvuori never lost his serve en route to a 6–4, 7–6 (3) win over second-seeded Hubert Hurkacz of Poland on Wednesday in the second round of the Citi Open in Washington.

Ruusuvuori went 4-for-4 on break points on his own serve, and he converted his only break point on Hurkacz’s serve for a 3–2 lead in the first set.

Lithuania’s Ricardas Berankis got past Facundo Bagnis of Argentina 7–6 (4), 6–3.