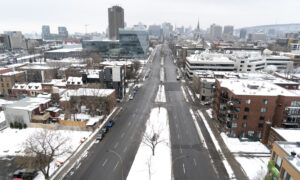 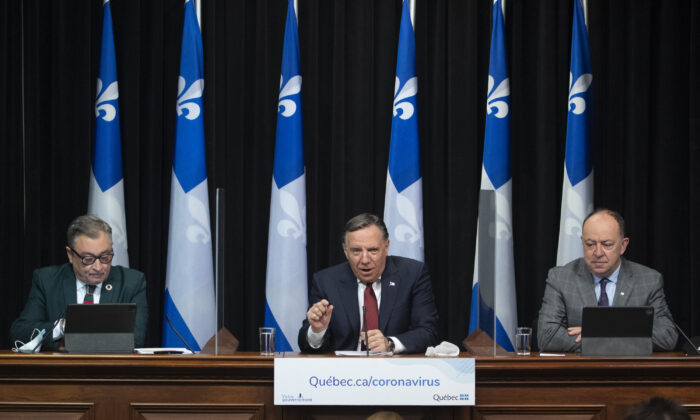 Newfoundland and Labrador will join the bubble later, and travel restrictions for visitors from the rest of the country could be lifted by early July, Higgs said.

Following the “Atlantic Bubble” agreement last November, a series of measures such as provincial boundary checkpoints were introduced that indefinitely suspended travel between the Atlantic provinces.

According to a Globe and Mail report, all four Atlantic premiers joined in a discussion on Wednesday to craft a new deal, which would likely allow residents to travel more freely between the Maritime provinces without having to pre-register and self-isolate for two weeks upon entry.

“We agreed on the time-frame of mid-April, and we’re working with our public health officials to get alignment in that regard. We’re all optimistic it will open,” Higgs told reporters in a conference call on Wednesday, the Globe reported.

New Brunswick aims to have most adults vaccinated by the end of June. Higgs said if herd immunity is adequate, the need to self-isolate upon entry to the province would be reduced, and restrictions to the rest of Canada would be lifted in July.

“Optimistically, it would be looking at early July,” he said. “We’ll know as we go along over the next couple of months whether we’ll be able to achieve that schedule or not.”

Meanwhile, Quebec pushed back its curfew hours from 8 p.m. to 9:30 p.m. local time in the red zones starting on Wednesday.

Three regions—Gaspésie–Îles-de-la-Madeleine, North Coast, and Northern Quebec—were also upgraded from orange to yellow zones, which will give residents more freedom.

Additional relaxation of restrictions applies to regions that have been moved to the yellow zone, including the removal of curfews. Occupants of two private residences are now allowed to gather in homes and private spaces.

Premier François Legault announced the changes on Tuesday, as the COVID-19 situation improves in Quebec.

Legault also announced the relaxation of measures related to public spaces, including allowing cinemas and theatres in red zones to reopen on March 26. Audiences of up to 250 people will be allowed, as long as they maintain physical distance and wear masks.

Places of worship in red zones will be allowed to increase service attendance from 10 to 25 people, with masks and physical distancing also required.

Because the vaccination campaign is going well, Legault said, he expects everyone over 65 to have received a shot by mid-April.

Although everyone who wants to be vaccinated should be able to do so by June 24, public health restrictions would not be immediately lifted, he said.