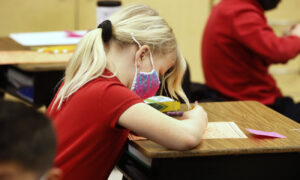 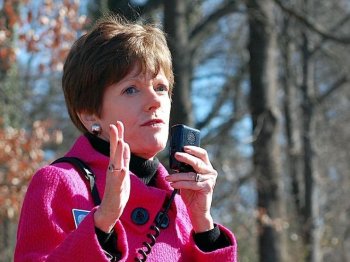 Mary Norwood speaks at a rally for the Atlanta Beltline in fall 2008. (Mary Silver/Epoch Times Staff)
US

Norwood is expected to request a recount after the election results are certified this Saturday. On Dec. 3 she tweeted “We are in a recount. Keep your Mary Norwood signs in your yard. Thank you!!”

Had she won, Norwood would have been Atlanta’s first white mayor since Sam Massell lost to Maynard Jackson in 1974. Atlanta is 61.4 percent black, according to the 2000 Census.

A memo urging voters to follow ethnic lines in voting caused controversy early in the campaign.

Issues facing Atlanta include dropping property tax revenues, a costly sewer overhaul, and persistent accounting problems in the city administration. Residents have been outraged by reports that police are pressured to underreport serious crimes. Police and firefighter furloughs, and poor handling of 911 calls have sparked criticism of incumbent Shirley Franklin. Reed managed her campaign.

As of Wednesday afternoon, Reed led Norwood by 620 votes, according to the AJC.