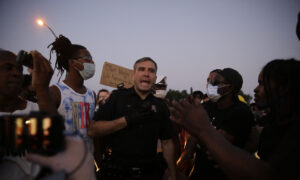 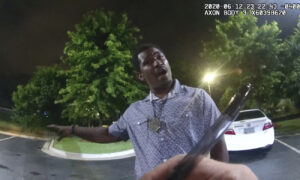 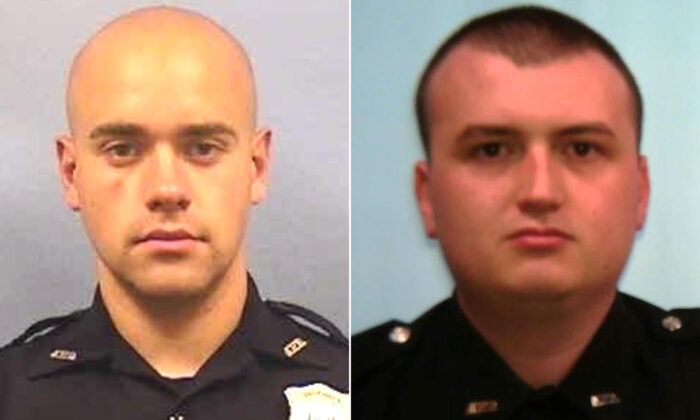 One of the police officers involved in the shooting of Rayshard Brooks in Atlanta is not a state witness, his lawyer said.

Devin Brosnan was fired from the force after his involvement in the situation, which saw Brooks steal one of the officers’ Tasers and fire it at them before being fatally shot by Garrett Rolfe, the other cop.

“Devin is cooperating with the Fulton County District Attorney’s investigation. He met with the assistant district attorney and investigator yesterday and answered their questions. He turned over his phone. He is in the process of providing medical records and photographs of his injuries,” Amanda Clark Palmer, Brosnan’s lawyer, said in a statement sent to news outlets.

“He has NOT agreed to be a ‘state’s witness’ or to testify in any court hearing or to plead guilty to any charge. The decision to initiate charges by the Fulton County DA’s office is irrational and obviously based on factors which should have nothing to do with the proper administration of justice,” she added.

The Fulton County district attorney said at a press conference Wednesday that Brosnan decided earlier in the day to serve as a cooperating witness.

“We spoke with him last night and we spoke with him again today. Sometime today he made the decision that he would serve as a cooperating witness,” Paul Howard, a Democrat up for reelection this year, said.

Howard said his office has prosecuted about 40 cases against police officers and couldn’t recall another instance where an officer has committed to cooperating against a former colleague.

“He would become one of the first police officers to actually indicate that he is willing to testify against someone in his own department,” he asserted, describing himself as “surprised, almost shocked,” at the alleged development.

Because of Brosnan’s commitment, he added, the district attorney recommended the court grant a bond of $50,000 to Brosnan.

During the same press conference, an attorney representing Brooks’ wife said one positive aspect of the situation was Brosnan’s “courageousness to step forward and say what happened was wrong.”

“To be clear, there is no agreement that our client is going to testify at any hearing,” she said, adding later: “He does not need a deal. He should not be charged with a crime in the first place.”

He will tell the truth about what he saw, no matter who it helps, she said.

The former officer suffered a concussion and other injuries following the altercation with Brooks, according to his lawyers.

Howard’s office didn’t respond to a request for clarification.

The confusion came after the Georgia Bureau of Investigation said it wasn’t aware of Howard’s press briefing before it was conducted.

“We were not consulted on the charges filed by the District Attorney. Despite today’s occurrence, the GBI will complete its mission of completing an impartial and thorough investigation of this incident and we will submit the file, once completed, to the Fulton County District Attorney’s Office,” it said.