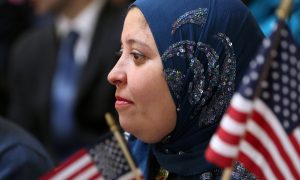 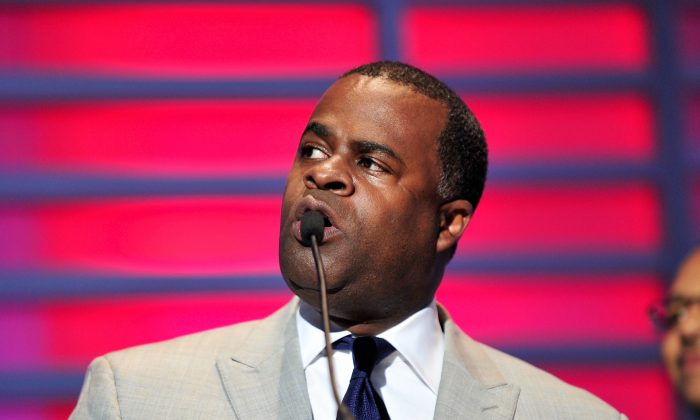 Atlanta is part of the 'Welcoming Cities' initiative, a national program to invite most immigrants to stay
By Mary Silver
biggersmaller
Print

ATLANTA—The parking deck of the Latin American Association was so full that officers directed people to a nearby office complex. Atlanta Mayor Kasim Reed was coming to address a town hall on immigration.

The hastily called meeting was to respond to the bombshell ruling that President Barack Obama’s plan to expand Deferred Action for Childhood Arrivals (DACA) must halt. Starting Feb. 18, it was going to apply to people over 30, for the first time. Then a new program for parents of American citizens or permanent residents was to begin in May. Both are on hold.

Reed evoked two of Atlanta’s most heartfelt visions of itself: An international city and the cradle of the civil rights movement.

Once the international city idea was an aspiration. Now it is becoming real. Since 2000, two thirds of Atlanta’s net population growth was from foreign-born people, according to the Census, and the Atlanta Regional Commission (ARC). “It’s the second fastest-growing foreign-born population in America,” Reed said. Baltimore is first.

The mayor came to talk to migrants and immigrant advocates on Feb. 20 because “inclusiveness is part of Atlanta’s DNA, and “we are known around the world as the cradle of the civil rights movement.” Atlanta is the birthplace of Martin Luther King Jr. and of other important civil rights leaders and groups.

To Reed, a Democrat and an Obama supporter, America “would do well to welcome this growth instead of trying to suppress it.” He is part of a coalition of mayors who support “Welcoming America,” meant to welcome all individuals regardless of race, ethnicity, or place of origin.

She said: “America’s terribly outdated federal immigration laws have caused millions of Americans to live and work without legal status and basic protections, and it’s not just a reality for Latino families; 1.3 million Asian Americans are living and working without legal status. In our state of Georgia, 51,000 Asian Americans are also undocumented. So this is not just a Latino issue. But this is not just an Asian and Latino issue either, or just an Asian, Latino, Caribbean, African, all immigrant and refugee issue. This is a human rights issue. This is a moral issue.”

Is There a Case of Bias in Texas Judge’s Immigration Action Ruling?

Ho is the lead attorney and executive director of Asian Americans Advancing Justice–Atlanta. It is the first nonprofit law center dedicated to promoting the rights of Asian immigrants and refugees in the South. Her group offers free or low cost legal advice to immigrants, especially about applying for protection from deportation, including answering questions under the hashtag #AAPIAsk.

It’s also an economic issue. People protected from deportation by DACA, starting in 2012, became measurably more prosperous. They earned better wages, they became more mobile, they enrolled in college, they got driver’s licenses, they were able to buy car insurance. “Who wants more uninsured drivers on the road?” said Ho, earlier this week. “Nobody.”

Reed agreed with Ho, that it is best to have as many immigrants as possible obtain some kind of legal status. “It does not help our cities to have people who live in the shadows,” he said.

A man, who said he was undocumented,  asked how to be protected from deportation in order to keep taking care of a mentally ill American wife.  A plump and maternal looking woman said she was in the country illegally and asked how to prove residence as a stay-at-home mother. More than half of the people present were using headphones for simultaneous translation.

Reed said there were “people in the room today who want to protect you.”

Immigration attorney Charles Kuck offered practical advice about avoiding fraudulent notarios, who offer to help with immigration matters yet have no expertise, and about collecting documents to demonstrate eligibility for DACA or DAPA when the programs resume.

Reed said the state legislature is trying to require notarios to be licensed, so that they can be screened and vetted.

Representatives of Georgia Power and of BB&T Bank described how they support immigrants. For example, BB&T gives its clients a notarized letter on its letterhead showing that a person has had an account for a certain time. The bank has hired 40 people covered by DACA, according to Tulu Kaifee. She is Regional Multicultural Markets Officer for BB&T.

Kuck exhorted those who want congressional immigration reform to speak up, saying it’s true that Obama cannot change immigration policy by himself. Only Congress can do that.

Kuck said he was sitting in former Sen. Saxby Chambliss’s office in 2007 when Sen. John McCain and President George W. Bush were trying to get a reform through. He said the phone was ringing off the hook, and calls were 100 to one against the reform.

“You know why?” he asked, and then answered: “Angry people call their congressman. We weren’t calling.”