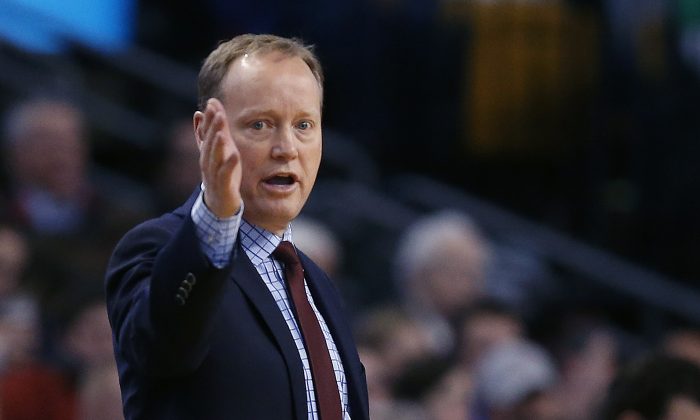 Here’s one: the coach of one of the best teams in the NBA rides the metro to work.

Mike Budenholzer, 45, took over in Atlanta two seasons ago, and has helped produce quite a team in the process.

He has had a profound impact on the organization, lobbying hard to re-sign Jeff Teague and Paul Millsap, and recruiting DeMarre Carroll and Kyle Korver, according to a new story from Sports Illustrated.

Bud, as he’s called by his players, also instituted changes like all the players eating dinner together–“breaking bread”–while on the road. His high sensibilities in terms of cuisine have prompted some jokes.

“Coach takes us to these fancy Italian restaurants, with foie gras and escargot,” veteran Elton Brand said. “We’re like, Hey, anybody got any french fries with ketchup over here?”

Bud also gets to work like many others in America’s great cities–by public transportation. He rides the MARTA to the arena.

His impact was also noted with how he interacts with his players, going to a Drake concert with Carroll and texting or calling players after tough losses.

“I’ve never had a coach care about me like this,” said Jeff Teague, who has eaten dinner with Budenholzer’s family and plays one-on-one with his sons before games.