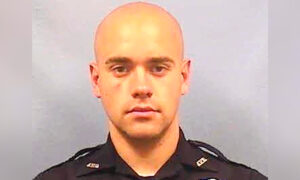 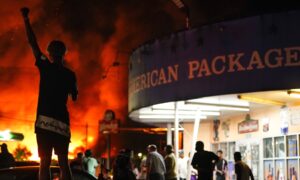 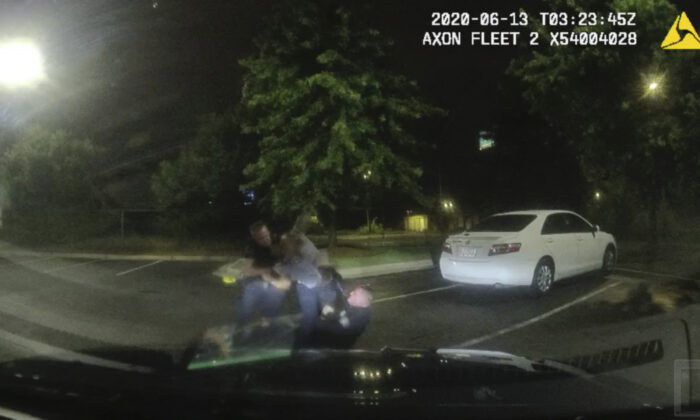 An Atlanta-area district attorney said Sunday that the police officer who fatally shot Rayshard Brooks may face a charge of murder.

“There are really three charges that are relevant: one would be the murder charge in the state of Georgia. That charge is a charge that is directly related to an intent to kill,” Howard told CNN. “The second charge is felony murder and that is a charge that involves a death that comes as a result of the commission of an underlying felony. In this case, that underlying felony would be aggravated assault.”

Brooks was shot after seizing control of an officer’s stun gun and fleeing during an arrest attempt and, according to a police account, turning and firing it at an officer while escaping. Both of the responding officers’ body cameras were knocked to the ground in the struggle, and none of the four police cameras captured the shooting. Footage released from a Wendy’s security camera showed Brooks turn and point an object in his hand at one of the officers, who was steps behind him. The officer draws his gun and fires.

“As I pursued him, he turned and started firing the Taser at me,” Rolfe told a supervisor after the shooting in a videotaped conversation. “He definitely did shoot it at me at least once.”

Georgia Bureau of Investigation spokeswoman Nelly Miles said Sunday she could not confirm whether Brooks fired the stun gun.

The killing of Brooks, a 27-year-old black man, in an encounter with two white officers rekindled fiery protests in Atlanta and prompted the resignation of the city’s Police Chief Erika Shields, who in a statement said, “It is time for the city to move forward and build trust between law enforcement and the communities they serve.”

Howard said in a June 13 statement that the Fulton County District Attorney’s Office is conducting “an intense, independent investigation of the incident,” alongside the Georgia Bureau of Investigation.

“Members of the Fulton County District Attorney’s Office were on scene shortly after the shooting, and we have been in investigative sessions ever since to identify all of the facts and circumstances surrounding this incident,” Howard said.

While Howard told CNN a manslaughter charge could fit the facts of the case, he said he was leaning toward one of the two murder charges he specified earlier.

“The only other charge that might make any sense at all would be some voluntary manslaughter charge. But I believe in this instance, what we have to choose between, if there’s a choice to be made, is between murder and felony murder,” Howard told CNN.

Atlanta Police video released Sunday showed a seemingly routine sobriety check outside a Wendy’s restaurant that spun out of control, ending in gunfire.

The two officers’ body cameras and the dash-mounted cameras in their patrol cars showed they spent more than 40 minutes peacefully questioning Brooks. The fighting erupted when they tried to handcuff Brooks.

Andy Harvey, chief of police of Ennis, Texas, who has written books and developed training on community policing, said such moments can turn in a split second.

“The moment you put your hands on someone is when someone will decide whether to comply or resist,” Harvey said. “That’s what happened in Atlanta.”

Howard said in a statement Sunday he hopes to reach a decision by midweek on whether to bring charges against the officers.

Police said Sunday the department terminated Rolfe, who fired the fatal shots, and officer Devin Brosnan was placed on administrative duty. Rolfe had worked for the department since October 2013, and Brosnan since September 2018.

Meanwhile, authorities announced a $10,000 reward for information finding those responsible for setting fire to the Wendy’s restaurant at the shooting scene. Flames gutted the restaurant late Saturday after demonstrations grew turbulent. The protests prompted 36 arrests.