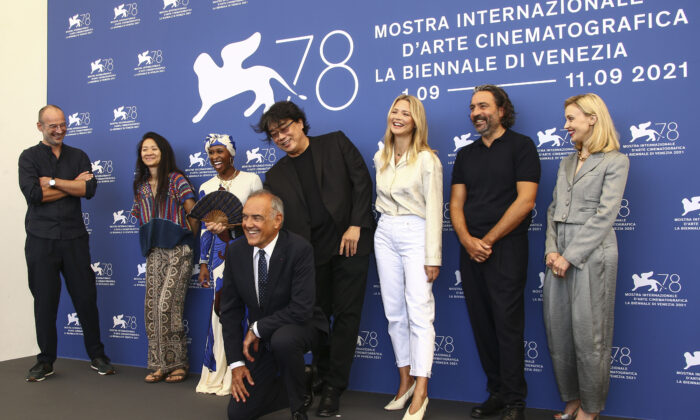 VENICE, Italy—Hope for the future of cinema was front of mind for many as the Venice International Film Festival kicked off Wednesday on the Lido.

In the face of the Delta variant, and the trials those in the global film industry weathered last year, the 78th edition of the oldest festival in the world has returned, with precautions, to celebrate the best of what’s to come in film from both newcomers and established veterans, like Jane Campion and Pedro Almodóvar.

“I have the feeling and impression that everyone is willing to come back, ready to start again, ready to release the films that stayed on the shelf for two years,” festival director Alberto Barbera told The Associated Press. “And the hope is that the audience will come back to the theaters, which is the best way to watch a movie.”

Although a vocal supporter of the movie theater experience, Barbera also sees the good in streaming and again is hosting several Netflix films at the festival, including Campion’s “The Power of the Dog.”

“We all know that after the reopening the situation will be completely different from the past. [Streaming] platforms are there to stay, cinema, theaters will not disappear,” Barbera said. “But we will face sort of a double system … theaters and platforms.”

“I think it’s a great opportunity for the audience and for the filmmakers as well because it means a lot of investment in terms of productions,” he said. “We are already adjusting to this huge amount of money coming to the cinema industry everywhere. It’s a good moment for cinema. It’s never been so vital.”

Bong Joon Ho, the Oscar-winning director of “Parasite” who is presiding over the main jury year, said that the last year “was a test that showed the life force of cinema.”

“Filmmakers had a very tough time last year,” Bong told a news conference Wednesday. “I don’t believe that the history of cinema can be stopped so easily. So COVID will pass and cinema will continue.”

As the head of the jury, which includes Oscar-winner Chloé Zhao and actor Cynthia Erivo, Bong and his fellow jurors have the weighty responsibility deciding which film will take home the coveted Golden Lion Award, which has launched films to Oscar glory. Last year’s recipient was Zhao’s “Nomadland,” which took home best picture and best director.

Some of the more prominent films and filmmakers competing for the award this year include “The Power of the Dog,” Paolo Sorrentino for “The Hand of God,” Paul Schrader for “The Card Counter,” Almodóvar for “Parallel Mothers,” Maggie Gyllenhaal for “The Lost Daughter,” Ana Lily Amirpour for “Mona Lisa and the Blood Moon”, and Pablo Larraín for “Spencer.” There are 21 total films in competition.

“I don’t feel like there has to be some kind of criteria for judging,” Bong said. “It’s all about respecting everyone’s tastes, that could be all different … We are ready, I think. We are ready to fight.”

The festival was one of the only to attempt a 2020 gathering in-person. This year, there will be more people by half, but attending guests also are subject to checks and verification of vaccination or a negative COVID-19 test. Theaters are operating at 50 percent capacity and everyone is required to wear masks indoors.

“I hope this is really the reopening that was not the case last year because we had the second and the third wave and so on,” Barbera said. “It will be even more safe and secure than last year.”