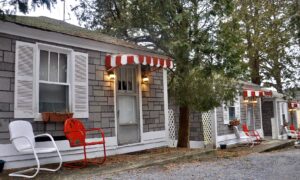 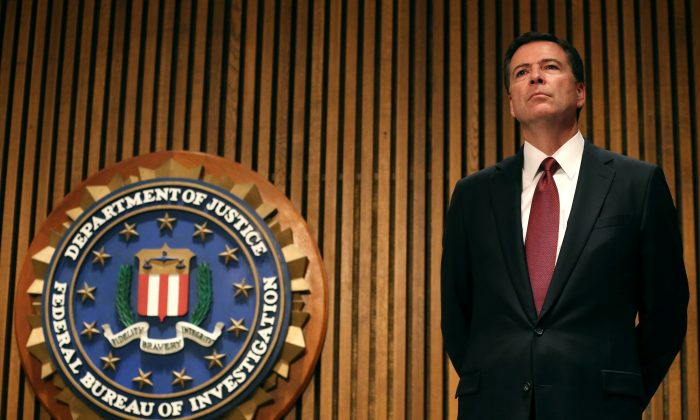 It’s well known by now that political propagandists Christopher Steele and Glenn Simpson of Fusion GPS had the best of both worlds at their fingertips, thanks to accommodating officials inside the federal government.

They were simultaneously getting the Trump campaign targeted by the FBI and the news media by shopping the exact same “evidence” to both. Steele was even being paid by the FBI for providing them with his tall tales. That is, until they were forced to cut ties with him shortly before the 2016 presidential election.

We now know, however, that it wasn’t just the political operatives at Fusion GPS playing the double-dealing game of giving fake allegations about the Trump campaign’s supposed Russian ties to the Department of Justice (DOJ) and FBI, while offering the same wrong information to the news media.

As former FBI general counsel James Baker told members of Congress during his testimony before the House Oversight Committee last October, there was yet another political operative who was also playing the strategic leaking game against the Trump campaign during the 2016 election and afterward.

Baker revealed to the committee how the FBI started an investigation into supposed collusion between the Trump campaign and a bank in Russia, Alfa Bank, using information it was given by Perkins Coie lawyer Michael Sussmann.

Perkins Coie is a name we have become quite familiar with. It’s the same law firm used by the Hillary Clinton campaign and the Democratic National Committee (DNC) to hide their payments to Fusion GPS for the creation of the Steele dossier.

“Pervasive abnormalities” is a very polite way of describing what happened here. A single lawyer approached the FBI with documents that claimed servers at the Trump Tower in New York City were in surreptitious communication with servers at the Alfa Bank in Russia. Sussmann isn’t an intelligence agent and the documents he handed off to Baker aren’t from an intelligence source. He’s 100 percent a political operative passing along to the FBI the work of other political operatives.

As Carlson writes in his article:

“Perkins Coie partner Michael Sussmann, whose firm had been retained by the Democratic National Committee (DNC) and Hillary Clinton’s 2016 presidential campaign, provided information to Baker and at least one journalist ahead of the FBI’s application for a FISA warrant to spy on Trump campaign foreign policy adviser Carter Page.

“Perkins Coie also was the law firm that had hired Fusion GPS—on behalf of the DNC and the Clinton campaign—which, in turn, hired former British MI6 agent Christopher Steele to produce the dossier that has become known as the Steele dossier.”

“During the second day of Baker’s testimony, he said that during a subsequent ‘follow-up’ conversation, he understood that Sussmann was also talking to the media, noting that Sussmann had told him ‘some elements of the press had this information as well and were going to publish something about it.’

“In either the second or third conversation, Baker came to understand The New York Times was also in possession of Sussmann’s information. As would become clear later, other members of the media also had this same information.”

As I’ve stressed repeatedly in recent columns, in no way whatsoever can a real intelligence agent or asset be selling or shopping real intelligence evidence to the news media, and they most certainly can’t be doing this when the FBI has launched an investigation based on that same evidence.

If we had an FBI functioning according to correct protocols during the Obama administration, it should have raised huge red flags that the “evidence” was coming from people directly affiliated with one campaign in the 2016 election who were making accusations directed at the other campaign.

The FBI should have treated these documents and Sussmann’s story with extreme skepticism. They should have especially reconsidered using Sussmann’s “evidence” once he got caught shopping it to news outlets.

But Baker’s testimony reveals that’s not what happened. Instead, the FBI eagerly launched an investigation based on Sussman’s documents, an investigation that ended up finding that the allegation of any collusion between the Trump campaign and Alfa Bank wasn’t true.

Once again, a political operative is able to hand off work created by political propagandists to sell a narrative that certain FBI officials were only too eager to believe and act upon. This is a repeat of the Steele dossier fiasco.

Just how many times was the FBI goaded into launching investigations that came straight from political operatives in the employ of their well-paying political clients?

The Hill’s crack investigative reporter, John Solomon, recently wrote a scathing column summarizing all of this, how the DOJ and the FBI were saturated by political operatives working for Hillary Clinton and the DNC making eager overtures to hand over supposedly damning evidence that “proved” Trump was in deep with the Russian government.

The biggest reason that both the DOJ and the FBI are embroiled in this massive Spygate scandal is precisely because they repeatedly tried to pass off political operatives and propagandists in the employ of political clients as being reliable, verified intelligence sources in order to launch investigations of Trump and his associates.

This massive violation of DOJ rules and protocols is precisely how we got this Spygate scandal. They can’t hide it at this point, and it will all come out. When Inspector General Michael Horowitz’s next report is made public, I believe he will exhaustively lay out exactly how former officials such as James Comey, Andrew McCabe, and Peter Strzok subverted the rules in order to abuse their offices and pursue their own political vendettas.