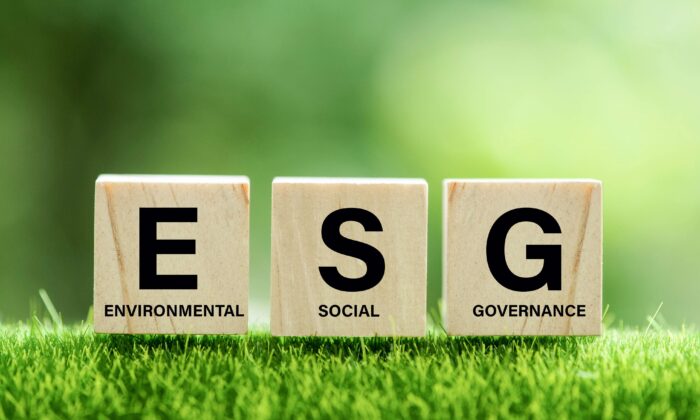 At NatCon, a Populist–Libertarian Clash on ESG Investment

'Do any of you guys consider the United States to be anything but a vehicle for making money?'
By Nathan Worcester

It comes as no surprise that the environmental, social, and governance (ESG) investment movement was a topic at the third National Conservatism Conference in greater Miami.

Experts on a Sept. 11 ESG panel wondered aloud whether the letters actually stand for “evil, stupidity, and grift.”

Yet, a more surprising question from a well-known audience member drew out real tensions in the room between national populists and more libertarian voices.

“Do any of you guys consider the United States to be anything but a vehicle for making money?” asked audience member Amanda Milius, director of “The Plot Against the President.”

She questioned whether the United States actually has a free market, saying that conservative movies such as her own face an uphill battle to secure funding, despite the large audience for them.

One of Milius’s apparent targets, businessman Andy Puzder, said he was “certainly supportive” of more patriotic and moral movies.

Yet, he said voters could change things by electing politicians who will alter the legal landscape—for example, by approving more aggressive disclosure requirements aimed at revealing when products or components are made in China.

“When you get to what American companies should be doing or shouldn’t be doing, you vote with every dollar that you spend,” said Puzder, the former chief executive of CKE Restaurants.

Theo Wold, a former staffer in the Trump administration’s Office of Innovation, said corporate America undercuts efforts to force transparency through their influence over the political process.

“The idea that consumers demand—consumers don’t even know. They don’t even have the information, and it’s corporate America that centrally deprives them of that knowledge,” Wold said.

Milius and Wold worked together in the Trump administration.

In a follow-up interview with The Epoch Times, Milius said the conservative movement has been too willing to espouse neutrality in the face of every new cultural onslaught.

“How’s that been working for 40 years?” she asked.

During the earlier panel discussion, Danhof suggested that a neutral marketplace is the goal, at least for Strive.

He drew attention to his company 2ndVote’s new exchange-traded fund, Shareholders First. It only sinks money into companies that are rated politically neutral on a six-point scale.

Wold challenged the idea of neutrality, suggesting that it allowed the private sector to benefit from conditions that ultimately undermined the country’s cohesion.

“So-called neutral corporations privatize the profits from low-wage labor while socializing the costs—low-wage labor and higher profits for me; expanding and expansive social programs and an increasingly unrecognizable country for you,” he said.

Wold elaborated on his concerns with the more libertarian response to ESG in a separate follow-up interview with The Epoch Times.

He voiced strong support for action by state legislatures, such as the laws targeting energy industry boycotters in Texas and West Virginia.

In Wold’s view, any attempt to return to neutrality reflects “the hardheadedness of the Republican Party” when faced with woke, globalist corporations.

He said Disney has been simultaneously pushing leftist ideology in the United States while complying with Chinese Communist Party (CCP) diktats when doing business in China.

Wold is pessimistic about the possibility of federal solutions, at least for now. In fact, he believes that conservative states should “learn to live apart” from the rest of the country.

He sees grassroots momentum building against ESG. His neighbors in Idaho are aware of it and are taking steps to align their investments with their values.

“The next step is for state elected officials to fill the gap,” Wold said. “The constituency is there.”