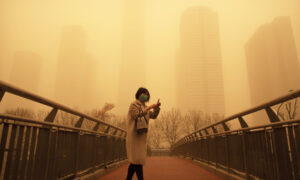 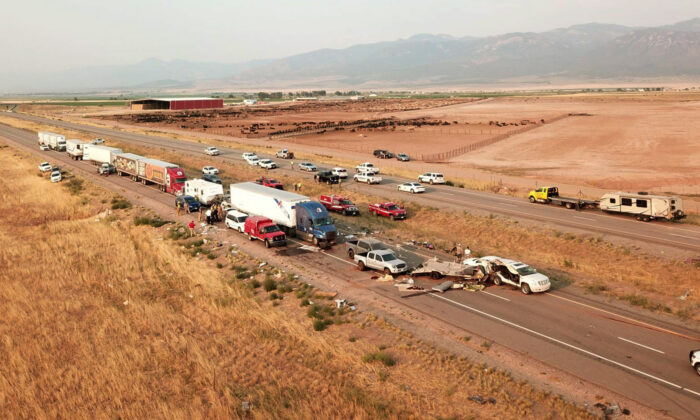 The scene of a fatal pileup is seen on Interstate 15 in Millard County, near the town of Kanosh, Utah, on July 25, 2021. (Utah Highway Patrol via AP)
US

The Sunday afternoon crashes on Interstate 15 near the town of Kanosh came at the end of a holiday weekend for the state that often leads to increased highway traffic. At least 10 people were taken to hospitals, including three in critical condition, according to the Utah Highway Patrol.

Ground and air ambulances were used to transport crash victims.

The pileup occurred during a period of high winds that caused a dust or sandstorm which reduced visibility, the highway patrol said.

Five of the eight people killed were in one vehicle, while two others were in another vehicle, according to a news release. Another fatality was in a third vehicle. Several children were among the dead, Highway Patrol Sgt. Cameron Rhoden told KUTV in Salt Lake City.

I-15 remained partially shut down late Sunday. Traffic was redirected around the crash site.

Kanosh is located about 160 miles south of Salt Lake City.