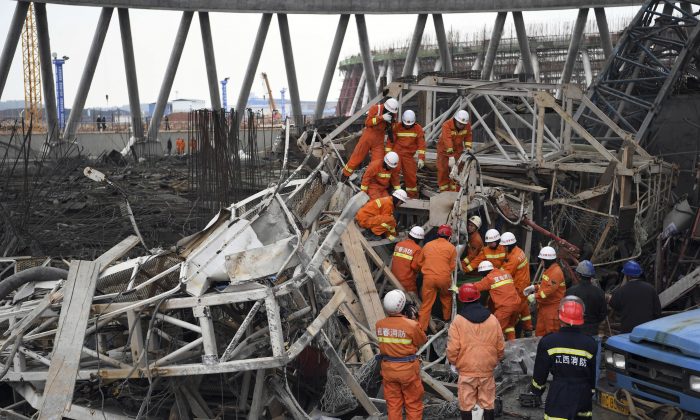 BEIJING—State media say the death toll from the collapse of scaffolding at a construction site in eastern China has jumped to 67, with two other workers injured and one more missing.

The plant’s cooling tower was being built in the city of Fengcheng in Jiangxi province.

The latest reported death toll suggests that nearly all the construction workers at the cooling tower perished. Local media reports say close to 70 people were working at the site when the scaffolding collapsed.