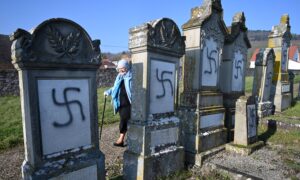 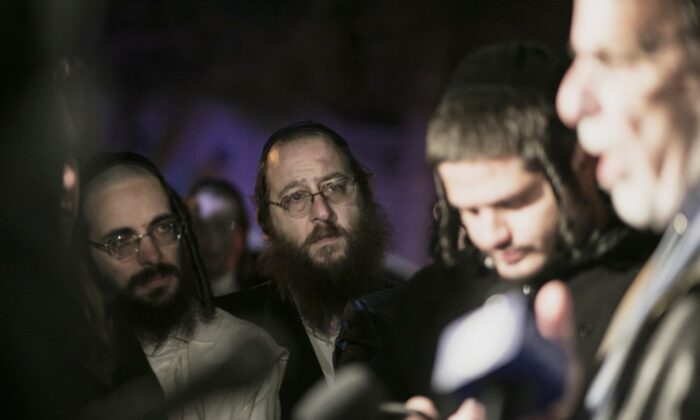 NYPD have confirmed that they have one suspect in custody after at least five Hasidic Jews were stabbed at a Hanukkah party in Rockland County, New York, by a man wielding a machete.

A suspect is in custody at the Ramapo Police headquarters and will face five counts of attempted murder and one count of burglary, according to Police Chief Brad Weidel. Police identified him as Grafton E. Thomas, 37, of Greenwood Lake, New York.

The attack occurred around 10 p.m. local time on Saturday at a local Rabbi’s house. The house is located on Forshay Road, Monsey, according to a tweet from the Orthodox Jewish Public Affairs Council (OJPAC) for the Hudson Valley region.

The OJPAC added that the five people with stab wounds had been transported to local hospitals. Two of them are in a critical condition, with reports that one victim was stabbed in the chest.

2 of the victims of the attack were taken into hospital as critical. The perp’s face was partially covered with a scarf but skin showed him to be an African American.

Aron Kohn told The New York Times he was inside the residence during the stabbings.

“I was praying for my life,” said Kohn, 65. “He started attacking people right away as soon as he came in the door. We didn’t have time to react at all.”

The large home on Forshay Road remained cordoned off with yellow crime-scene tape early Sunday. According to public records, the home belongs to Rabbi Chaim Rottenberg, who leads the adjacent synagogue.

Yossi Gestetner, a co-founder and spokesperson for OJPAC, told local media that Rabbi Rottenberg is a popular leader in the local Hasidic Orthodox Jewish community. He was leading a candlelighting ceremony for the seventh night of Hanukkah when the attacker charged into his house.

“The house had many dozens of people in there,” Gestetner said. “It was a Hanukkah celebration.”

Rabbi Rottenberg’s son was among the five stabbing victims.

Rabbi Rottenberg leading Melava Malka at his shul in #Monsey moments before the stabbing attack. pic.twitter.com/NwZQ1OFDrl

His house is located next to the local synagogue in Monsey—a place where a large population of ultra-Orthodox Jews live.

The Ramapo Police Department confirmed that the suspect has been apprehended. Pix 11 reported that NYPD officers arrested a potential suspect and his vehicle in Harlem, about 30 miles south of Monsey.

New York Gov. Andrew Cuomo said in a tweet he was “horrified” by news of the stabbing—the latest in a string of anti-Semitic attacked in NYC just this week.

“We have zero tolerance for anti-Semitism in NY and we will hold the attacker accountable to the fullest extent of the law,” he said.

I am horrified by the stabbing of multiple people at a synagogue in Rockland County tonight.

We have zero tolerance for anti-Semitism in NY and we will hold the attacker accountable to the fullest extent of the law.

New York Attorney General Letitia James said, “There is zero tolerance for acts of hate of any kind and we will continue to monitor this horrific situation. I stand with the Jewish community tonight and every night.”

I am deeply disturbed by the situation unfolding in Monsey, New York tonight.

There is zero tolerance for acts of hate of any kind and we will continue to monitor this horrific situation.

I stand with the Jewish community tonight and every night.

“Israel unequivocally condemns the recent expressions of anti-Semitism and the vicious attack in the middle of Hanukkah on the rabbi’s house in Monsey, New York,” Israeli Prime Minister Benjamin Netanyahu said. “We send our wishes of recovery to the wounded. We will cooperate in every way with the local authorities in order to defeat this phenomenon. We offer our help to each and every state.”

“Let me be clear: anti-Semitism and bigotry of any kind are repugnant to our values of inclusion and diversity and we have absolutely zero tolerance for such acts of hate,” he said in a statement. “In New York we will always stand up and say with one voice to anyone who wishes to divide and spread fear: you do not represent New York and your actions will not go unpunished.”