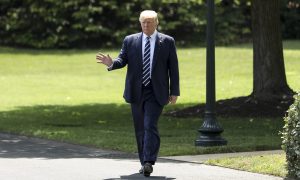 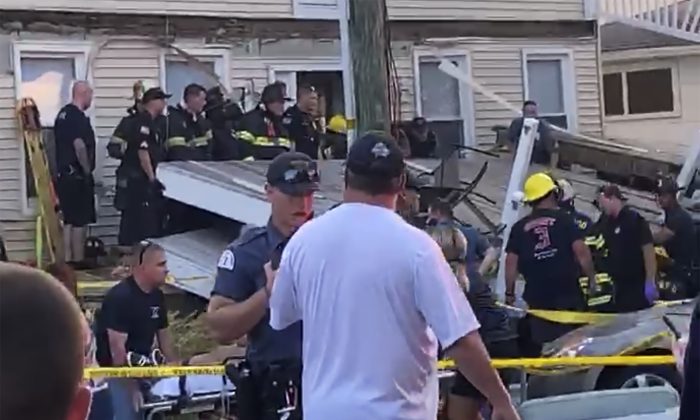 A first responder talks to an onlooker as others carry an injured person, while some others work the scene of a building structure damage, in the background, in Wildwood, N.J., on Sept. 14, 2019. (James Macheda via AP)
US News

At Least 22 People Injured in Deck Collapse During Firefighter Event

Hospital officials say at least 22 people were injured when decks collapsed on one another at a three-story home at the Jersey Shore.

Cape May Regional Health System says 21 people are being treated there after Saturday evening’s collapse in Wildwood. At least three are children.

AtlantiCare Regional Medical Center in Atlantic City says at least one additional person was taken there for treatment.

The conditions of the injured were unclear.

Nearby resident Joann Debito says she was sitting on her own deck when she heard a noise, turned and “saw the whole thing caving in.”

She says she saw “two women running and screaming.”

The collapse happened around 6 p.m. Saturday in Wildwood, New Jersey, during the annual New Jersey Firemen’s Convention. Firefighters were likely among those hurt or trapped.

The annual convention attracts thousands of current and former firefighters to the beach resort town.

The decks appeared to have been attached to a three-story building and topped by a fourth-floor overhang. The second and third levels appeared to have pancaked onto a first-floor deck. The overhang looked intact.

Wildwood Fire Chief Daniel Speigel said authorities would not make a statement Saturday amid attempts to clean up and investigate. More information is likely on Sunday, he said.