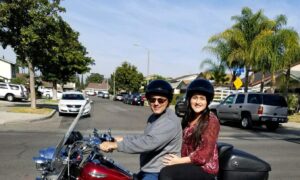 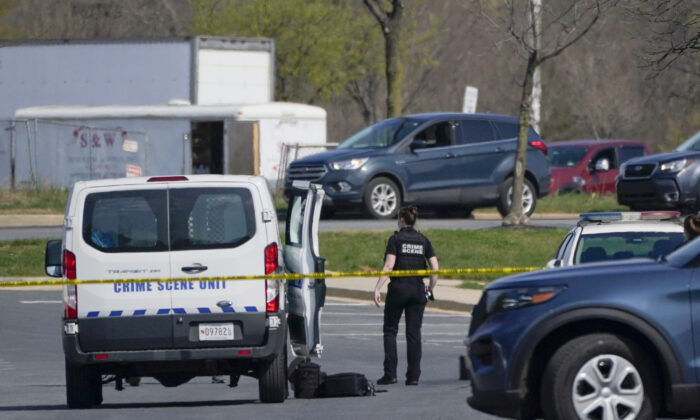 A crime scene technician stands near the scene of a shooting at a business park in Frederick, Md., on April 6, 2021. (Julio Cortez/AP Photo)
Crime and Incidents

At Least 2 Injured, Suspect Dead in Incident Near Maryland Base: Officials

Two people were injured and a suspect was shot and killed during an “active shooter” incident in Maryland, officials said Tuesday. The suspect was identified as a Navy medic, and the shooting occurred at a business park.

“We are on scene responding to an active shooter in the 8400 block of Progress Drive. Currently, there are two victims and one suspect is down,” Frederick Police wrote.

The man entered a business at the Riverside Tech Park, causing people inside to flee, but it was unclear if the shooting took place inside or outside, Frederick Police Chief Jason Lando said. The two people who were shot at the business park were critically wounded and flown to a hospital, Lando said.

Authorities said the shooting took place in the 8400 block of Progress Drive, which is approximately 4 miles from Fort Detrick.

Fort Detrick spokeswoman Lanessa Hill said the gunman drove through a gate at an entrance to the base before base personnel confronted him on a road.

“We have two different scenes. All I can tell you is that we have confirmed there is only one shooter. The public is no longer at risk. Everyone is safe,” Frederick Police Chief Jason Lando said, reported The Associated Press.

Jeremy Mutschler, director of marketing for Nicolock Paving Stones, told The Associated Press that his understanding is that the shooting was near the company’s Frederick location but not at the business itself.

“One of the victims who was wounded entered our facility looking for help and we were able to assist and call the authorities,” said Mutschler, who is based in New York.