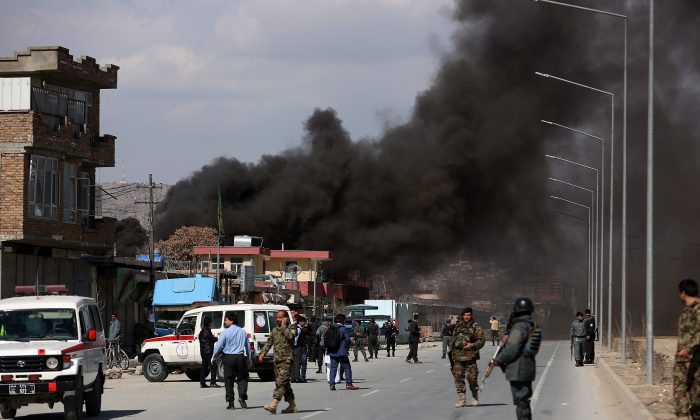 At Least 16 Killed in Twin Suicide Bombings in Afghanistan

KABUL, Afghanistan—An Afghan health official says that at least 16 people have been killed in twin Taliban suicide bombings and a shootout that followed one of the attacks in the country’s capital, Kabul.

The near-simultaneous attacks struck the Afghan capital around noon on Wednesday. First, a suicide car bomber targeted a police station in western Kabul. The explosion was followed by a gunbattle between police and several attackers.

In the second attack, a bomber on foot detonated his explosives outside offices of the intelligence service in eastern Kabul.

Wahid Mujro, the public health ministry spokesman, says 15 people were killed in the police compound and 43 were wounded. He says one person was killed and another was wounded in the attack in eastern Kabul.