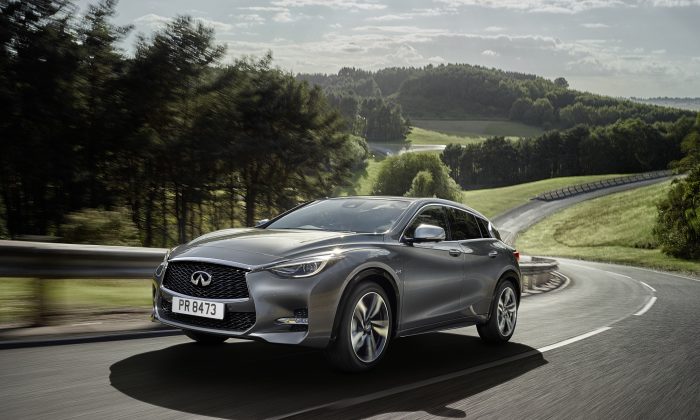 At Infiniti: It Begins and Ends With Performance

In March of this year, the buzz within the automotive industry was centred on Infiniti Motors Limited and the hiring of Canadian Karim Habib, former global design chief for BMW, as Infiniti’s new principal designer. In his mid-40’s, Mr. Habib is considered one of the industry’s brightest stars, charged with accelerating Infiniti’s progress toward the goal of capturing and expanding their share in the world-wide luxury market. Bringing on a respected, proven brand innovator at a time when momentum is on the upswing globally is a bold move.

No one was more excited than Chad Yee, Infiniti Canada’s national manager marketing communications who positively lives and breathes cars. Infiniti had brought another kindred spirit into the fold!

Growing up in Mississauga, Mr. Yee’s passion for cars became apparent at a very early age. A scholar of cars, he would read about them, draw them, and talk about them. Calling him an automotive specialist would be an understatement. While still in elementary school, as early as grade one, he earned the nickname “Car-Lover Chad”. He became the automotive expert for students of all ages—even the teachers. He became the go-to guy for cars. A resource. He knew which teachers drove what cars. It was not unusual to hear an announcement over the school’s PA system, “inviting” him to the vice-principal’s office. Invariably, it would be to help advise who had left their vehicle’s lights on or may have been parked illegally in the school parking lot! He could identify cars verbatim.

This natural enthusiasm for the automotive business has continued to fuel his desire to learn and participate actively in the highly competitive environment of automotive marketing. With Infiniti Canada’s success in 2016 flowing into 2017 and with solid and aggressive future plans unfolding, Epoch Media Group sat down with Chad Yee, national manager marketing communications of Infiniti Canada.

Epoch Media Group: Infiniti has, in recent years done well: 2016 being a standout. What makes an Infiniti an Infiniti? Describe some of the unique selling features of this brand. Why would someone choose Infiniti over other Japanese luxury brands such as Lexus or Acura?

Chad Yee: First and foremost? Performance. Infiniti is a premium brand that competes with the best of them and has done so in Canada since 1990 when the Q45 was introduced. This vehicle was the foundation for this brands future. Today, we believe that the brand’s growing success may be attributed to three, probably four factors: factors which have been defined by our customers and dealer network. First of all, QDR. Quality. Durability. Reliability. Not multiple choice, but the sum of the parts equalling the whole.

Epoch Media Group: You mentioned performance. Care to expand on that?

Mr. Yee: Of course, it’s embedded in our DNA. Performance in a luxury vehicle is at the core of the Infiniti brand. The third component has to be innovation—technology. In this organization it is not at all unusual that there is some tech in several of our products that would be considered class exclusive. In fact, in sometimes, even totally exclusive, the world’s first such as direct adaptive steering.

Mr. Yee: That has to be, without a doubt, design: from the unique double arch grille to the human eye-inspired headlamps, for example. Just look at the Q60, the sub-compact crossover QX30, the QX50, and even recent concept vehicles.

Epoch Media Group: Would it be fair to say that to many, the brand is still considered a best kept secret?

Mr. Yee: Yes, and that is part of what we are working on changing. While Infiniti is indeed a world-class brand, part of my job is to relay that message in a consistent fashion to everyone going forward. What draws a new customer to the brand is usually the design, an initial impression extracted from the exterior appearance of our automobiles. That invariably piques their interest and draws them into a local showroom. Now they quickly get a feel for the brand’s attributes. The quality of material used on the interior. The fit and finish. The centre console. How everything feels. It’s all about attention to detail.

Our research continues to show that existing and new customers are drawn to the design of our vehicles. There is curb appeal, strong aesthetics. Especially in our crossovers of all sizes as they have evolved these last few years.

This all started with the unique FX35 and is now lauded in the all-new Q60 coupe—a great example of how the brand is different, the design is forward and this attracts people to their uniqueness.

We may conclude that it may all be summed up in three words: Empower the Drive. This is now the brand position of Infiniti and it’s reflected in each of our vehicles. That means innovative design, performance enhancing, state-of-the-art technology, and an unparalleled connection between the driver and the car. For our designers and engineers, it’s about creating a vehicle where the sole function is to make you, the driver happy. To give you the same enjoyment, the same exhilaration, the excitement you experienced when you drove your first car.

Epoch Media Group: Would it be fair to state that there is no complacency within Infiniti, no lethargy? Everyone is looking forward?

Mr. Yee: Yes, without a doubt. For example, electrification is important to Infiniti as we move forward. With our hands-on development in hybrids, especially in the highly competitive Formula 1 arena, we can transfer much of what we have learned, gained from our endless hours on tracks around the world and use that knowledge to benefit our customers. We can transfer design, engineering, and overall results into our consumer-driven lineup.

Within today’s vehicle lineup we have two hybrids—the Q50 sedan and the QX60 crossover. Both fulfil every customer mandate—all those we spoke about earlier, plus, with available electric motors, we can reduce fuel consumption and improve overall fuel economy. And, most important of all, we can still accomplish this without sacrificing performance, that all-important Infiniti DNA strand!

Epoch Media Group: It sounds as if much thought and preparation is going into global strategies for Infiniti.

Mr. Yee: That’s an accurate assessment. From inception in 1989, Infiniti has long been a human-centric brand. Focused on the experience of the driver inside each and every model—regardless of the price point. From the initial Q45 flagship sedan through the G- and even the FX-series, everything was built for and around the driver. Furthermore, the technology is always intended to enhance the overall experience behind the wheel. Tech must be purposeful.

Epoch Media Group: Thank you. We look forward to following Infiniti on their journey: it would seem that the future is quite positive.