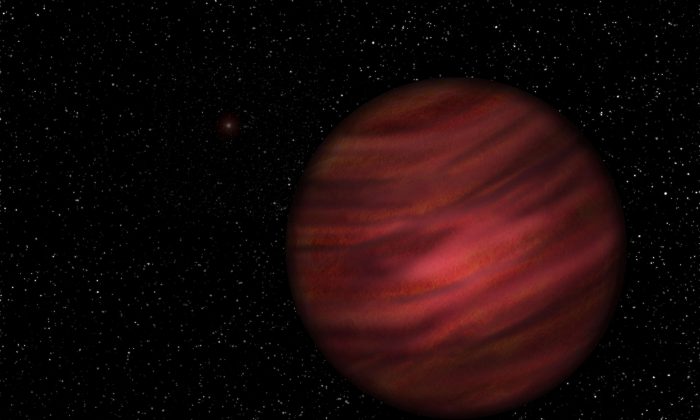 A team of astronomers has discovered the largest solar system known yet, where planets can take nearly a million years to orbit around the star.

One of the planets, named 2MASS J2126, is located around 600 million miles from the center of that solar system, or 7,000 astronomical units (AU). One AU is defined as the distance between the Earth and the sun.

The planet is so distant from the star that for a long time, it was thought to be a “free floating” or “lonely planet” detached from any solar system.

“This is the widest planet system found so far and both the members [star and planet] of it have been known for eight years,” said Dr. Niall Deacon said in a statement, “but nobody had made the link between the objects before. The planet is not quite as lonely as we first thought, but it’s certainly in a very long distance relationship.”

The great distance between the drifting planet and the star means that orbits take a long time, much longer than in our solar system. It’s estimated that the 2MASS J2126 takes 900,000 years to complete one orbit. For comparison, Earth takes 1 year to orbit around the sun, and Pluto, which is furthest away, only takes 248 years.

For a hypothetical inhabitant on that planet, the star in his solar system is so far away that he wouldn’t think it was directly associated with his planet, but was just another star in the sky.

The discovery that the supposedly “lonely planet” actually revolves around a star is a boon for astronomers, who have discovered a number of other supposed “lonely planets.” The finding suggests that those planets might be part of a solar system too.