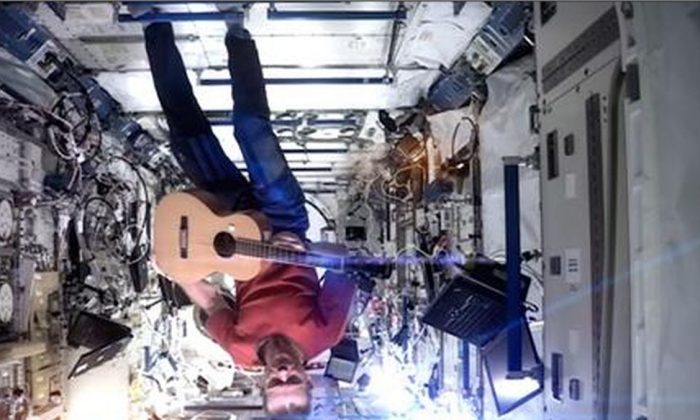 On the International Space Station and hundreds of miles above the surface of the Earth, Canadian astronaut Chris Hadfield recorded a video of himself playing Bowie’s “Space Oddity” a few years ago. Hadfield later told the BBC that “Space Oddity” showed that Bowie, who sung often about space, “recognized what it was going to be like” to be in outer space.

Even though his rendition isn’t the most polished version of the song, it probably has the best visual elements (because he’s actually floating in space). There’s also some excellent shots of the ISS interior and great views of the Earth.