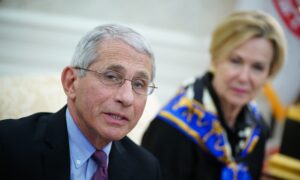 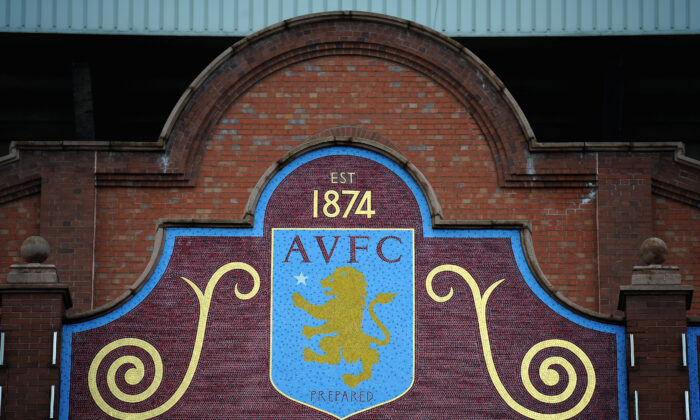 General Views of the Stadium prior to the Barclays Premier League match between Aston Villa and Blackburn Rovers at Villa Park, in Birmingham, England, on Feb. 26, 2011. (Laurence Griffiths/Getty Images)
UK

Aston Villa confirmed on Thursday that there had been a “significant” outbreak of the CCP virus at the football club.

The English Premier League club said that its Bodymoor Heath training ground had been closed following the outbreak.

Aston Villa can confirm that the Club has closed its Bodymoor Heath training ground after a significant Coronavirus outbreak.

“A large number of first team players and staff returned positive tests after being routinely tested on Monday and immediately went into isolation,” the club said in a statement.

“A second round of testing was carried out immediately and produced more positive results” on Thursday, it said.

Aston Villa’s first team was scheduled to have a FA Cup match with Liverpool on Friday evening, but the team has had to cancel all training activities and it is unclear if the match can still take place.

The club said its medical representatives were having ongoing discussions with the Football Association and the Premier League.

Gary Lineker, a football commentator and former England striker, said it appears “highly likely” that the match will be called off.

It appears highly likely that @AVFCOfficial’s with cup tie with @LFC will be called off after a Covid outbreak in the Villa camp. I fear football might succumb in the next few weeks. 🤦🏻‍♂️

This is not the first FA Club match to be affected by the CCP (Chinese Communist Party) virus.

The match between Southampton and Shrewsbury, previously scheduled for Saturday, has been called off after a significant number of Shrews players and staff tested positive for the virus.

Derby’s first-team squad will miss Saturday’s FA Cup tie at Chorley after an outbreak closed their training ground on Monday. As a result, the match will be played by the club’s under-23 and under-18 players.

Prime Minister Boris Johnson announced on Monday a new England-wide national lockdown, saying that previous measures were no longer sufficient to curb the spread of a new CCP virus variant, which he said has a 50 to 70 percent faster rate of transmission.

But professional sport in England can continue behind closed doors, the government said.

During the first national lockdown during the COVID-19 pandemic, Premier League matches were suspended for 100 days from March 13 to June 16.