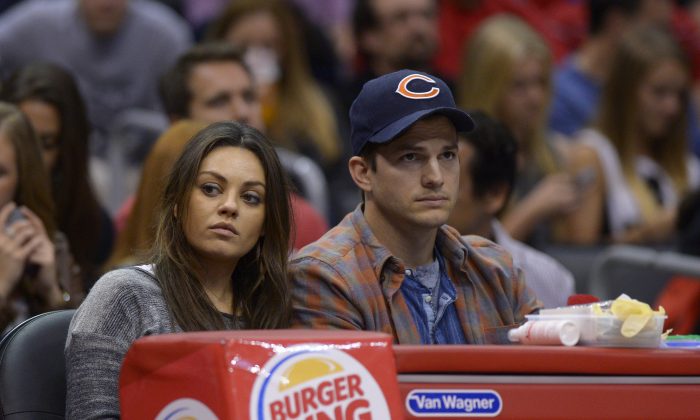 Aston Kutcher cheated on his girlfriend Mila Kunis shortly after they began dating, according to a new report.

Star Magazine says that a source has come forward to claim that “a beautiful young blonde” spent the night with Kutcher at his Hollywood Hills home in June 2012, months after Kutcher and Kunis began dating.

The tabloid also says that it’s obtained pictures that appear to show Kutcher and the blonde in bed together.

The blonde is Swedish makeup artist Linn Massinger, who was 21 at the time. The pair met in Los Angeles.

“Ashton was giving Linn the eye from across the bar,” the source told the magazine.

“He waved them over to where he was sitting with his friends and introduced himself as Chris — his real first name.”

After about 20 minutes of chatting, Kutcher invited Linn and her friend back to his house.

“After a while, the other people began to leave, and Ashton took Linn into his cinema,” the source revealed. “They started making out — and then things started heating up.”

Kutcher has faced cheating rumors before, wile he was married to Demi Moore.

A representative for Kutcher denied the claim.

Meanwhile, Kutcher and Kunis have been enjoying life as new parents.

They took in a relaxed 10-course dinner recently with their 3-week-old daughter Wyatt Isabelle and two guests.

“They came in and did the chef’s tasting,” an observer told People Magazine of the couple’s meal, which typically takes two to two-and-a-half hours. “It was a 10-course tasting meal. They came in and gave the chef a hug. They seemed to enjoy themselves.”

The onlooker said that “they were happy, they were laughing the whole time.”