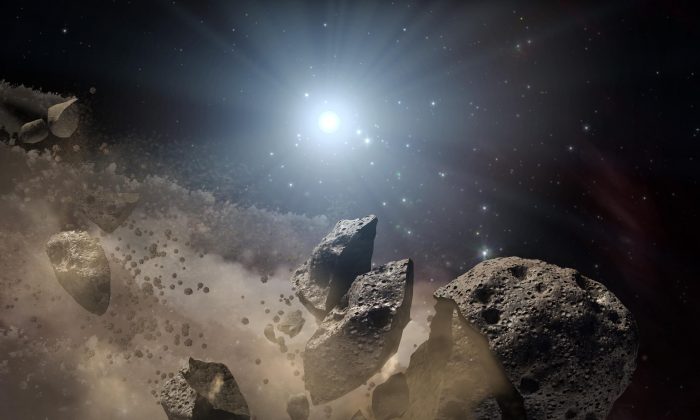 An asteroid breaks up in this artist's concept. (NASA)
Science

Asteroid “grand challenge:” NASA is asking for help from the public, especially experts in fields related to astronomy and engineering, in identifying asteroids that may be hurtling toward Earth.

The U.S. space agency released a request for information this week asking experts in different fields to look over the information and respond.

The so-called “grand challenge” includes “an increased focus on defending our planet against the threat of catastrophic asteroid collisions,” according to NASA’s website.

“We’re asking for you to think about concepts and different approaches for what we’ve described here,” William Gerstenmaier, NASA’s associate administrator for human explorations and operations, said today during a NASA event announcing the initiative, according to Space.com. “We want you to think about other ways of enhancing this to get the most out of it.”

NASA has been detecting potentially hazardous asteroids since 1998 through its Near Earth Object Observation Program. It has found 95 percent of asteroids near Earth that are larger than 1 kilometer. But less than 10 percent of objects smaller than 300 meters in diameter have been discovered, and even more even smaller flying objects, which represents a real threat.

“NASA is seeking to expand the conversation of how we work together to address this problem: ‘find all asteroid threats to human populations and know what to do about them,'” according to the announcement. Part of the request for information is asking for ideas to not only detect asteroids, but also destroy or otherwise take them off a path toward Earth.

Responses to the request are due July 18.

The space agency has also been working on a plan to visit an asteroid, before a later planned trip to Mars.