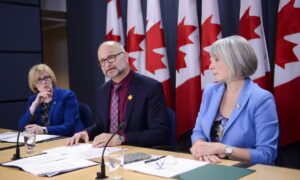 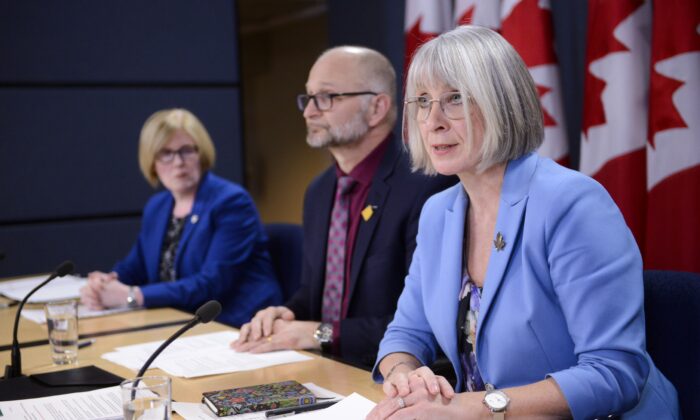 The number of Canadians seeking medically assisted dying grows with each passing year, a trend that is expected to continue due to its legal expansion and other trends in society and health-care delivery.

In 2020, 7,595 Canadians received medical assistance in dying (MAiD). This was an over 34 percent increase from 2019’s 5,660 figure, but 2.7 times the 2017 number of 2,838, the first full year assisted suicide was legal in Canada. The statistics were published in Health Canada’s second annual report on MAiD released at the end of June.

In addition to the increase in assisted deaths, MAiD opponents were disturbed by circumstances in which the procedure was delivered last year, including some that may not have been legal. Taking data from the Health Canada report, the Euthanasia Prevention Coalition found that:

The Health Canada report showed that 1,274 physicians and 71 nurse practitioners administered MAiD to at least one person, and 200 of those medical professionals directly ended 10 or more lives.

These numbers are expected to rise yet again in 2021 due to Bill C-7, which became law on March 17, says Alex Schadenberg, founder of the Euthanasia Prevention Coalition.

“The effect of Bill C-7 will be a lot more death, but also the fact that the culture is being inundated with the concept that this is a good thing,” he said in an interview.

Bill C-7 abolished the 10-day reflection period for those whose death is “reasonably foreseeable.” Those whose death is not reasonably foreseeable, such as those with non-terminal chronic conditions and disabilities, must wait 90 days, but this can be waived if two practitioners say the patient’s decision-making capacity could be lost within that period.

Schadenberg is disturbed that 1,412 Canadians requested MAiD in 2020 because they felt isolated and lonely.

“The euthanasia mentality really takes off in a culture of loneliness and isolation, and that’s what we have in our culture, more so than ever before—and it’s only getting worse,” he said.

“Historically, of course, religious communities were the way that we often had significant community, [but] that’s been disappearing also.”

Angelina Ireland, president of the Delta Hospice Society in B.C., told The Epoch Times that the medical system has an increasing bias in favour of MAiD instead of supporting people until their natural death.

“We need to call for perhaps a provincial or national inquiry as to what is going on out there with elderly people, with sick people … vulnerable people. People are coming up to them, nurses, doctors, recommending they just MAiD themselves.”

The federal government intends to extend assisted suicide to the mentally ill by March 2023, but Ireland said that’s already a factor for those who choose the procedure.

“They want MAiD because they don’t want to be a burden because they’re depressed. They have anxiety. They don’t want to lose autonomy. These are all mental health issues … and instead of offering medical and other therapeutic treatments, we offer people death. This is not the behaviour of a compassionate nation.”

Amy Hsu at the Bruyère Research Institute in Ottawa, among other researchers, has developed a tool to predict the risk of a senior dying within six months of a home-care assessment.

According to a study published in the Canadian Medical Association Journal in July, the mortality risk prediction tool, called the Risk Evaluation for Support: Predictions for Elder-Life in the Community Tool (RESPECT), was developed using data from two cohorts of adults—consisting of over 574,000 individuals combined—aged 50 or over living in Ontario and receiving home care who had at least one home-care assessment during the two respective reference periods: from 2007 to 2012 and during 2013.

Schadenberg said the tool is a sign of the times that reflects more respect for the dollar than for people.

“We’ve gone from a person-centred care model of the past to what we have now, which is more about how we control our costs.”

Ireland said planting the idea of a person’s impending death, plus Bill C-7’s elimination of the waiting period, will cost lives.

“The human spirit is tremendous. There’s been uncountable stories of people who have lived well beyond the prognosis. … [T]hat will and the desire to live—that can create miracles. But we do not allow that to happen when we give somebody a death sentence and then we offer them MAiD.”