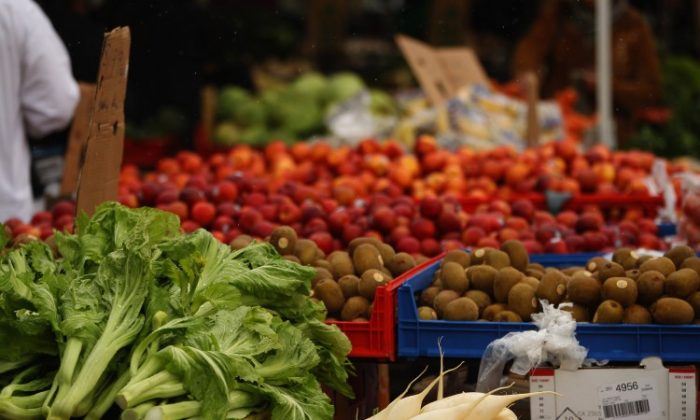 Fresh produce, fruit and vegetables are sold at the Wesley Market in Mt Roskill on Sept. 2, 2011, in Auckland, New Zealand. (Phil Walter/Getty Images)
US

New Zealand is one of many countries upon whom China’s entrepreneurs have cast their eyes for opportunities to buy farmland, mineral and power resources to shore up China’s looming food shortage and resource-hungry economy.

Former Waikato University vice chancellor and British Member of Parliament Bryan Gould says that part of the Chinese government-led strategy is to use its vast foreign exchange reserves to purchase “productive capacity” worldwide.

“Their interest in our dairy land is just a part of that strategy and is entirely consistent with it,” he said.

Mr Gould who visits China frequently commends the Chinese for the “far-sighted strategic view they take of their own interests.”

He says that his views, far from being a criticism, should be regarded as a plea that New Zealand be equally hard-headed in its own interest.

Over the last two years consent has been given for the sale of 357,056 hectares of farmland to overseas buyers. With the exception of a Hong Kong buyer [759 hectares], this is the first sale in the last two years of agricultural land to a buyer from mainland China.

Overseas Investment Office (OIO) records show that from January 2009 to December 2011, 324 applications by overseas buyers to buy freehold land were accepted and only eight were declined.

“Food producing farmland with access to water is an increasingly valuable resource in a finite world with growing population and declining water resources,” said Mr Norman in a media release last month.

Chinese government officials had warned that rejecting the bid would affect future overseas investment in New Zealand, he said.