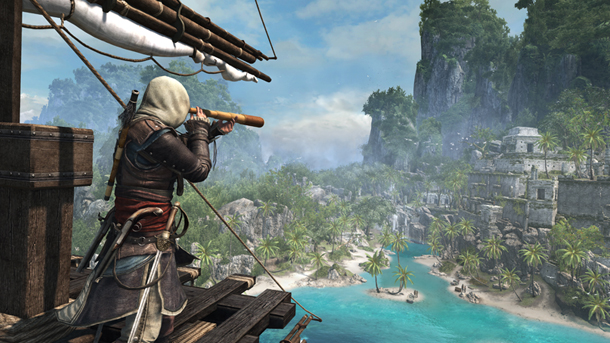 “Assassin’s Creed V” won’t be set in Japan, according to an Ubisoft executive, and other reports are suggesting the game will be in Russia or England.

Ubisoft’s Jade Raymond squashed a rumor that the game will be in Japan, reported AdWeek.

“When we’re building a franchise, we’re thinking of a whole universe and how we’re developing a meta-story that could live on for many years in games and TV,” she said, according to AdWeek. “If the story has nowhere to go, then you end up with the video game equivalent of The Matrix 2 or something where it’s never going to be quite as genius.”

But later reports have claimed the next release in the popular franchise might be set in Industrial Revolution-era London.

Gaming Bolt said in a report on Sunday that there’s “ideas” being tossed around about Russia being a possibility for the game, maybe between Moscow or Barguzin. It said coordinates were posted on an official Twitter account.

“There’s a great possibility that the game would be set in pre-industrial revolution Russia or possibly Russia going through the revolution where arguably it occurred considerably later, somewhere in the early mid-nineties. The industrial revolution mention was on the Tumblr page of the Ubisoft but it was quickly removed, sparking even more emphatic discussions and speculations. This possible ‘leak’ was spotted by a Reddit user,” the website wrote.

A report from Uproxx indicated the game could be set in Victorian England during the Industrial Revolution.

Uproxx posted a press release that said, “In the events of the ongoing Industrial Revolution, Assassin’s Creed V follows the story of Samuel Fey, as he enters the Assassin Order in a time of change and Templar rule,” according to IB Times.

It continues: “Fey is a successful and respectful entrepreneur, who works outside the corrupt law to guarantee the security of his own and others’ futures. Taking place during the closing years of the Industrial Revolution in Victorian London, players will explore all new locales as they uncover the truth behind the hidden ongoing rebellion.”