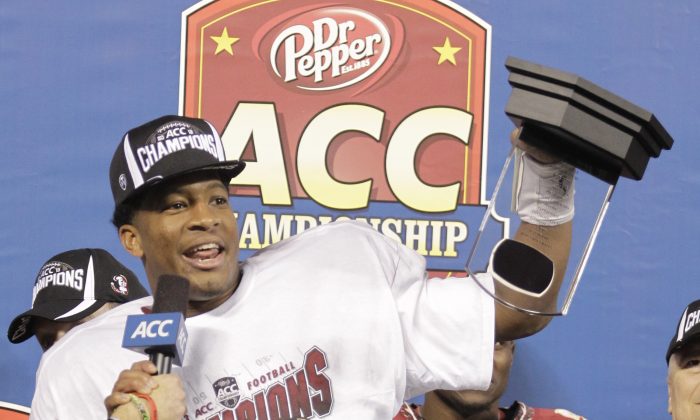 The idea to have Jameis Winston answer questions on Twitter on Sunday didn’t go well.

Florida State sent out a tweet on Sunday morning saying: “#Noles Fans: Do you have a question for our starting QB Jameis Winston? Tweet us using #AskJameis.”

Fans mostly started questioning Winston about his infamous crab legs incident, the rape he allegedly committed, and other similar topics.

“How do you live with yourself knowing you raped someone?” asked one user.

“Was the crab leg thing a brilliant ploy to distract press & fans from that OTHER lingering issue?” said another.

Some fans did ask legitimate questions.

“Which matchup are you looking forward to most this year?” asked one.

“How is the new center working out?” asked another.

Florida State said that a selected list of questions will be featured on its website later this week, along with answers.

The “AskJameis” hashtag trended across the United States as a result of the many answers and tweets about it.