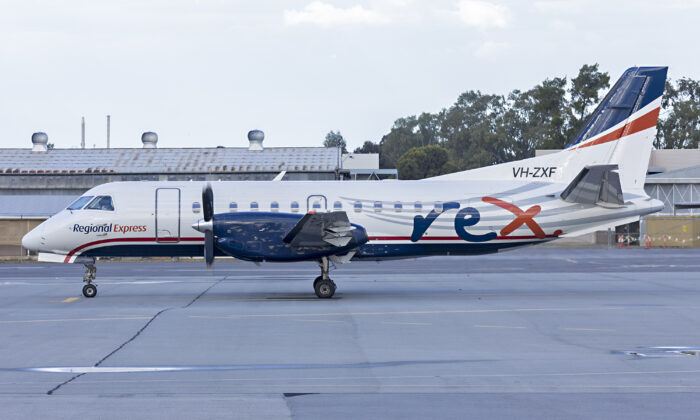 Asian Firm May Fund Rex to Compete With Qantas and Virgin

Regional Express (Rex) is one step closer to servicing Australia’s lucrative “golden triangle” market after signing a deal with an Asian firm for $150 million to launch its major city jet operations starting in March 2021.

Rex and PAG Asia Capital (PAG) are in advanced negotiations that could see PAG own 23 percent of Rex’s shares if the initial $50 million draw down is converted in December this year, and 48 percent if the total $150 million is drawn down and converted to shares.

The deal is pending PAG due diligence and shareholders and regulatory approval by the Foreign Investment Review Board who are required to review all foreign investment to determine its strategic risks to Australia’s national interests.

Lim Kim Hai, Rex’s executive chairman, said: “PAG is a well-respected and highly successful investment group which manages more than US$40 billion on behalf of major global institutional investors. I am encouraged by the progress of Rex’s negotiations to date with an investor of PAG’s reputation and experience.”

“As a well-established carrier with an impeccable track record, I am confident that Rex will deliver to Australians an alternative major city domestic service that is safe, reliable and affordable. Rex’s affordable fares will support Australia’s economic rebuild and recovery efforts,” Hai said.

Rex is Australia’s largest independent regional airline. During the COVID-19 pandemic, the airline moved quickly to take over routes abandoned by the two debt-laden national carriers, Qantas and Virgin, as they struggled to survive amid travel restrictions and border closures.

John Sharp, Rex’s deputy chairman, told ABC Radio on Sept. 16: “It’s unfortunate, but economics plays the ultimate judge in these things and if a town’s big enough to warrant an air service Rex is willing to provide it.”

Sharp said Rex was also looking at providing services to places that would bring no profit as a way of doing its part to help the nation through the pandemic.

“We would not be here but for the support provided by the Commonwealth government. There would be no regional airline industry, and so many regional communities would be cut off from their capital cities,” Sharp said.

At the onset of the pandemic, the federal government injected funding into the airline industry to keep services operating. Rex Airlines, unlike Qantas and Virgin, was solvent and working at a profit and has weathered the economic downturn caused by the pandemic.