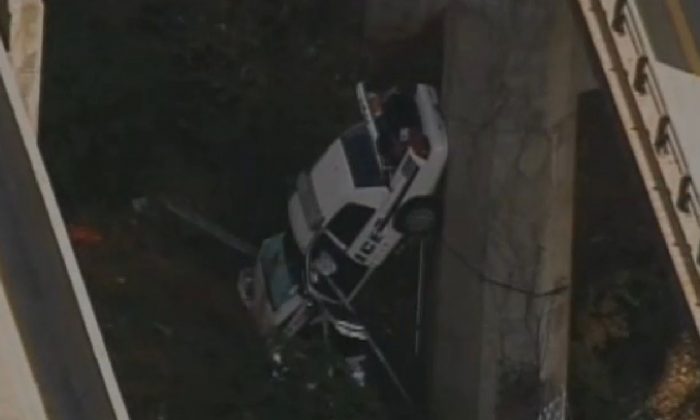 A police officer in Asheville, North Carolina, died after his cruiser plunged off the Jeff Bowen Bridge, according to reports.

Senior Officer Robert Bingaman was confirmed as the dead officer in the incident.

Two westbound lanes of Interstate-240 were closed due to a police investigation.

A witness told WLOS that the police cruiser appeared to be driving at a high rate of speed before the crash. The car was not flashing its lights or using a siren.

Photos uploaded by local media show the cruiser’s face-down and propped up against a support beam.