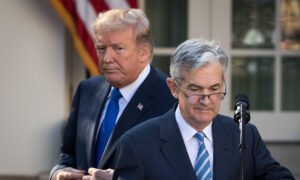 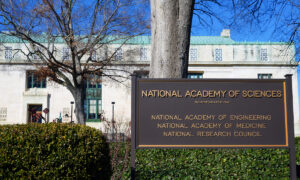 As Wuhan Remains Under Lockdown, One Steel Factory Has Continually Operated Since Coronavirus Outbreak Began

Chinese citizens recently spoke with The Epoch Times about how the novel coronavirus outbreak in Wuhan, the epicenter of China’s virus outbreak, has been made worse in part by decisions made at a state-run steel factory.

Located inside Qingshan district, an industrial area far from the city’s downtown, is the state-owned Wuhan Iron and Steel Corporation (WISCO), a subsidiary of one of China’s biggest steelmakers, Baowu Steel Group.

Baowu is headquartered in Shanghai, but has many subsidiary firms throughout the country, including in Shanghai, Xinjiang, Guangdong, and Ningbo.

WISCO has kept its factory running despite local authorities having enacted strict quarantine measures to contain the virus since late January.

As a result, employees have become infected. Chinese media Caixin obtained a copy of an internal document from Baowu, wherein the company stated that there were 119 known cases among all staff, with two deaths at its headquarters in Wuhan, according to a Feb. 22 report.

WISCO itself had 69 confirmed cases of the virus, according to the document.

A WISCO employee, who goes by the pseudonym Han Jiang, told the Chinese-language Epoch Times on Feb. 28 that the outbreak was evidence that the Chinese Communist Party placed the country’s GDP (Gross Domestic Product) before protecting people’s lives from the virus.

Zhuo Hui (a pseudonym) is originally from Qingshan district within Wuhan. He currently doesn’t live in Qingshan, as his job in the education sector has taken him out of town.

While he hasn’t been back to his hometown for more than two years, he has kept in touch with his parents and friends who still live there, especially since the coronavirus outbreak.

“My parents still live in Qingshan district. They told me recently on the phone that Qingshan district has become a hard-hit disaster area. The outbreak has spread in the region,” Zhuo told the Chinese-language Epoch Times in a phone interview on Feb. 28.

His sources in Wuhan told him that before local authorities revealed the severity of the outbreak, a hospital affiliated with WISCO was already seeing many patients. He suspects that the death toll is being underreported by local authorities.

The Chinese-language Epoch Times also spoke with Zhang Jie (a pseudonym), a Qingshan resident, who said that the outbreak in his district had become severe because WISCO had been manufacturing nonstop, and infected employees could spread the virus to others while traveling to and from work.

Zhuo explained that residential areas in the district have been sealed off and residents are required to get groceries delivered to their homes.

“There are many complaints [about the deliveries]. Some complained about delays, others about delivered products being very overpriced,” Zhuo said.

Zhuo also questioned whether Chinese authorities’ current 14-day quarantine requirement for anyone who has recently traveled to Wuhan is effective.

A study led by renowned Chinese respiratory doctor Zhong Nanshan found that the virus’s incubation period could be longer than 14 days—up to 24 days in some patients.

Zhuo added: “Local authorities are not completely open about the outbreak. This is a serious problem since people will not know how to protect themselves.”

Chinese media have previously reported about WISCO and its employees expressing concerns about the lack of safety measures in the wake of the outbreak.

“I have colleagues who suddenly just don’t come to work anymore, but I don’t know why,” one unnamed WISCO told Caixin. The worker said that company staff have not been informed about the number of infections at the company.

The escalating coronavirus outbreak began in Wuhan, capital of central China’s Hubei Province, in December 2019. The virus has since spread to over 60 countries and regions around the world.