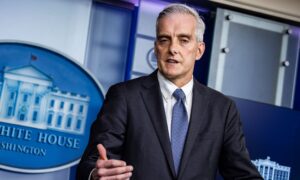 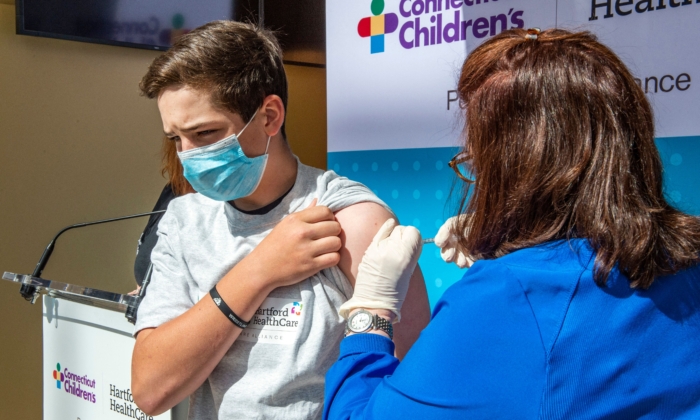 As local school boards across the country vote on mask mandates for students, a bill that would require children to get parental consent before getting the vaccine has been brought before North Carolina Gov. Roy Cooper.

Republican state Sen. Joyce Krawiec, who sponsored House Bill 96, told The Epoch Times that she will also be revisiting another bill that could put a 30-day expiration date on school mask mandates.

The parental consent bill passed unanimously in the North Carolina Senate before landing on Cooper’s desk on Aug. 10, according to Krawiec.

Cooper has 10 days to sign or veto the bill.

Regarding the incentive of the bill, Krawiec told The Epoch Times that she was surprised to discover that children 12 to 17 could get the COVID-19 vaccine—which has not yet been granted full approval by the Food and Drug Administration—without the consent of a parent or legal guardian.

“One of my constituents called to make me aware that his child was offered the vaccine without his consent, and I was shocked,” Krawiec said. “I thought, ‘this can’t be.’ At first, I told my constituent, ‘I don’t think that’s accurate, but I’ll get back with you.’”

As it turned out, she said, the constituent was correct.

According to the bill, health care providers must obtain “written consent from a parent or legal guardian prior to administering any vaccine that has been granted emergency use authorization and is not yet fully approved by the United States Food and Drug Administration to an individual under 18 years of age.”

This language was initially placed in the “Free the Smiles Act,” or Senate Bill 173, which gives local school boards the authority to mandate masks or leave them optional.

In July, Cooper gave a press conference stating that the authority of mask mandates would be left up to the local school boards, which Krawiec said made the bill unnecessary, so she moved the parental consent language over to another general bill that prevents pharmacists from administering injectable drugs.

“I was just glad to make sure we had that parental consent piece in there,” Krawiec said. “That was very important to me.”

Copper has had several programs offering scholarships to youth who took the vaccine.

One of the programs involved North Carolinians aged 12–17 to be eligible for a $125,000 college scholarship at a school of their choice if they received at least one shot.

“That’s a real enticement for children to volunteer without their parents even having to know about it,” Krawiec said.

As of Aug. 12, among the 115 school districts in North Carolina, 55 are requiring masks, while 54 have left it optional, according to the North Carolina School Board Association.

Krawiec’s update to Senate Bill 173 would require school boards to review the mask mandate after 30 days.

This requirement was triggered by the Wake County School Board’s recent vote to mandate masks throughout winter and the first half of next year.

“I’m looking at revisiting the bill to make sure that they can’t run the mandate on into perpetuity without having to answer to somebody,” Krawiec said.