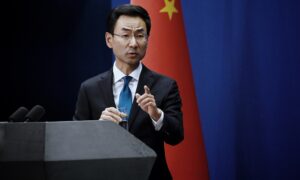 The ‘Cold War’ Was Never Over: China Has Been Fighting It Covertly for Nearly Three Decades
0 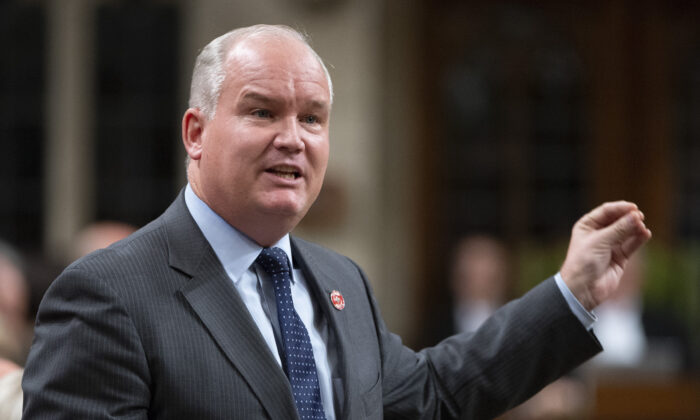 As The World Enters a New ‘Cold War’ With China, Canada Must Make a Stand: O’Toole

The world is entering a new “Cold War” with China in the wake of the pandemic, says Conservative leadership candidate Erin O’Toole, and if Canada doesn’t take a stronger stance against Beijing, it will remain vulnerable to the regime’s misdeeds.

“The original Cold War was Soviet communism, and now it’s Chinese communism … but the characteristics of communism are always the same: Keep freedom down, keep religion down, keep information down,” he said in an interview.

“I think we need to push back,” added O’Toole, the Official Opposition’s shadow minister for Foreign Affairs and International Development.

O’Toole said Canada’s hesitation to hold the Beijing regime to account on several issues, not just its mishandling of the pandemic, has put the country at increasing risk—from China’s imprisonment of Canadians Michael Kovrig and Michael Spavor, to retaliatory trade practices, to spying and exerting influence on Canadian institutions.

And as the Chinese Communist Party (CCP) continues to face growing criticism and international calls to investigate the origins and spread of the CCP virus, commonly referred to as the coronavirus, Canada has remained noticeably silent.

But of late, some signs have emerged signalling a change in tone from the federal government amid widespread condemnation of its hesitation to criticize the regime, as well as a sea change in public opinion. An Angus Reid poll published May 14 found that more than 85 percent of Canadians believe China lied about what it knew about the virus. Additionally, four in five Canadians polled want the government to look into China’s misconduct on domestic security issues.

Canada recently joined a coalition of over 120 countries to back a joint Australian and European Union push for an independent inquiry into the origins of the virus outbreak. Canada also signed a letter supporting Taiwan’s observer status at the World Health Assembly this week—a move that Beijing strongly opposes.

Backing the virus inquiry is essential for Canada and the world, said O’Toole, as Beijing’s coverup and apparent influence on international agencies like the World Health Organization (WHO) need to be addressed.

Currently, four of the U.N.’s 15 specialized agencies are headed by Chinese nationals, and the WHO has been roundly criticized for putting lives at risk by adhering to Beijing’s narrative during the crucial early weeks of the virus outbreak.

“We have an economic catastrophe and a health pandemic globally in large ways that was fuelled and made much worse by the lack of transparency of the regime in Beijing, and their co-option of the World Health Organization and other agencies meant to prevent the pandemic,” said O’Toole.

“So it shows that if we let these problems linger, it can lead to serious global disruption down the road.”

As much of the world looks to reset its relationship with China, the key for Canada’s strategy moving forward is to first recognize the true nature of the CCP as an authoritarian regime, said O’Toole.

“We have to deal with the Chinese regime in reality, and how it acts and how it is, not how we would like it to be,” he said.

“The CCP really takes advantage of the fact that many people around the world don’t understand the true goals of the regime, and view them as largely being benign and just a different system of politics.”

O’Toole contests that if the federal government takes the brutal nature of the regime as a starting point, it will naturally inform policy on a wide spectrum of pressing issues—from human rights and security, to pandemic policy and diplomatic relations.

“We want to have positive relations with China but to do that, we cannot ignore the actions of the regime. We have to be able to balance the economic aspects of that relationship, trade, but also highlight human rights abuses, security issues, their manipulation of agencies of the United Nations,” he said, adding the regime should always be called out when caught in wrongdoing.

“If we’re silent, it’s in many ways like we accept these actions and that shouldn’t be the case. We should be working with our democratic allies like the United States, Australia, and others to provide a counterbalance and to express concern, to push back appropriately so that we can condemn that action and hopefully lead to different conduct by the Chinese regime.”

With reporting by Danielle Zhu