How Much Ruin Do We Have Left?
0
Share Now
TelegramFacebookTweetEmailTellMeWeReddit
Copy Link 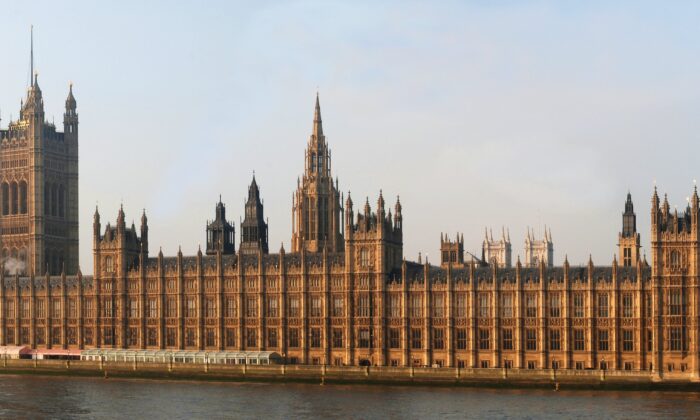 As the EU Showed Britain, You Can Have Socialism or Democracy, but You Can’t Have Both

On April 28, the EU voted to ratify the post-Brexit trade deal by 660-5 with 32 abstentions. But this overwhelming majority was begrudgingly given, as not meeting the deadline would have resulted in the UK leaving on a “no-deal” basis and subject to World Trade Organization tariffs on trade.

EU Commission President Ursula von der Leyen sought to reassure her colleagues why ratification of the post-Brexit trade deal was so important: “It will give us the tools we need to ensure full and faithful compliance with the obligations, which both sides signed up to.”

While some Brexiteers voiced concerns that the deal conceded too much to Brussels, Prime Minister Boris Johnson said the vote marked the “final step in a long journey, providing stability to our new relationship with the EU as vital trading partners, close allies and sovereign equals.”

Surprisingly, Britain’s chief negotiator, Lord Frost, also used the same term “sovereign equals,” but the EU is a political union rather than a sovereign entity and its member nations no longer enjoy the level of sovereignty that Brexit is supposed to have given back to Britain.

In the debate leading up to the vote, the EU’s chief Brexit negotiator Michel Barnier expressed a feeling shared by many within the European Parliament: “This is a divorce. It’s a warning.” Meanwhile the former president of the European Council, Donald Tusk, called Brexit, “one of the most spectacular mistakes in history.”

When the UK formally left the bloc on Jan. 31, 2019, Sweden’s foreign minister, Margot Wallström, said she “cannot forgive them for this.” She was referring to the British politicians who had succumbed to pressure from the renegade Nigel Farage and allowed their people to exercise their democratic rights, with 52 percent voting to leave the EU.

That democratic process, which Mr. Farage once hailed as “an epic triumph for the people against the political classes,” was unforgivable to Ms. Wallström, and was an historic mistake according to the EU resolution that has just been passed.

The EU has many democratic-sounding institutions, like its parliament based in Strasbourg, but its laws are solely made by the EU Commission, which is comprised of one political appointee from each of its remaining 27 member states. The people of Europe only get to vote for Members of the European Parliament (MEPs), who have very little power to change anything.

This is not an administrative oversight waiting to be reformed. The EU began as a socialist experiment where a supranational state was to be created that would dismantle and replace the nation states of Europe.

This is according to founding member and first president of its executive body, Jean Monnet, who wrote in 1943, “There will be no peace in Europe if the States rebuild themselves on the basis of national sovereignty… The States of Europe must therefore form a federation or a European entity that would make them into a common economic unit.”

Europe would soon be saved from the Nazis by the free nations of America and the UK, but his view remained that countries, rather than the evil ideologies that had perverted the Axis States, are intrinsically unstable and so dangerous.

A more recent view to question the viability of nation states is that they aren’t big enough to deal with global environmental threats and pandemics. So governments are now pressured to make legally binding international commitments.

Yet bodies such as the World Health Organization and the U.N., which sponsored the Paris Agreement on climate change, are not democratically elected. The more power that is ceded to them, the less power voters have to question how their lives are being governed and a crucial level of checks and balances is removed.

Donald Trump understood this, which is why he pulled America out of many of its global “obligations” and sought to give power back to the U.S. Congress. He knew that democratic accountability does not yet exist anywhere above the national level.

The left understands that the most effective way to gain public consent for eroding their hard-fought-for democratic rights is through an overwhelming global crisis. And COVID fever was strong enough to convince the President too.

At the end of 2019 Donald Trump’s electoral lead looked unassailable, yet by March 2020 he had been convinced to start putting America’s economy on life-support and committed it to a process he had never heard of until two months earlier when the Chinese Communist Party invented something called “lockdown” that was quickly endorsed by the World Health Organization.

Now that Trump momentum has gone—at least for now—and Joe Biden has rushed to sign the United States back into legally binding international commitments, which will necessarily make the U.S. government weaker and more dependent on organizations outside of its control.

Yet American exceptionalism has saved the rest of the world from itself on many occasions. If that is swapped for socialism, which country will there be to turn to when another idea goes wrong?