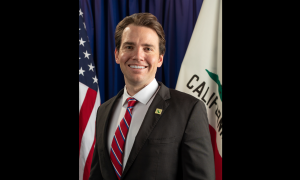 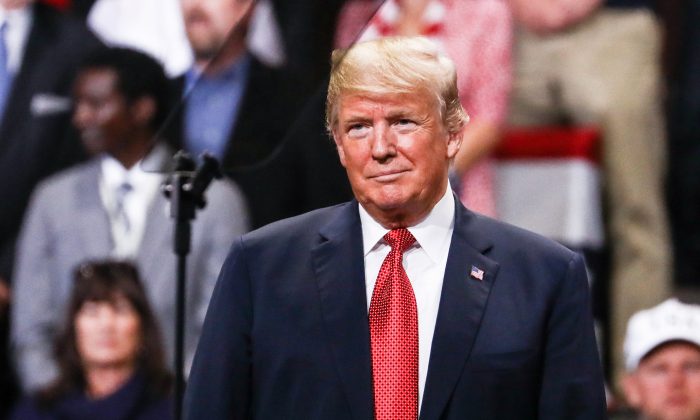 As Mueller Reaches His Inevitable Conclusion, Trump Is Primed to Respond

Over the next several weeks, you’re going to see desperate people struggling to explain why—after a two-year exhaustive investigation—special counsel Robert Mueller found no evidence of collusion between the Trump campaign and Russia.

These people will bend over backward in an effort to not swallow the bitterest of bitter pills: That Donald Trump won the election over Hillary Clinton fair and square. He did not, in fact, ‘cheat’ with Russian help; instead, Trump beat Clinton all on his own.

For more than two years, Democrats and the mainstream media have peddled what I refer to as “The Collusion Delusion” to the American public. And the bill for all that deliberate peddling of fake news is about to come due.

Many fake news media outlets literally picked Trump-Russia collusion as the hill to die on. They don’t have enough credibility left to pay this bill —not even close.

As the Trump-Russia collusion narrative is coming to an end, and Democrats are desperately making an attempt to shift focus to new House investigations, we can expect Trump’s counterassault to begin.

While Reps. Adam Schiff (D-Calif.), Elijah Cummings (D-Md.), and Jerrold Nadler (D-N.Y.) are wildly waving their empty, clenched fists and claiming that they have mountains of evidence proving crimes by Trump, nobody is going to be paying any attention. Trump’s counterassault is literally going to grab the nation’s attention and not let go.

There was never a Trump-Russia collusion conspiracy for Mueller and his crack team of highly motivated political prosecutors to find because–are you sitting down?—it never existed.

As much as this will blow the minds of those who drank deeply of the sweet, sweet collusion Kool-Aid—being dispensed by the gallon via fake news leaks in the mainstream media for the past couple of years—President Trump has, in fact, been telling the truth on his Twitter account and in numerous interviews, in which he repeatedly insisted there was no collusion and that the Mueller probe was a “witch hunt.”

With both Deputy Attorney General Rod Rosenstein and Department of Justice (DOJ) Inspector General Michael Horowitz looking over their shoulders, the chance that Mueller and his team would get creative and try to manufacture a case for collusion, after they realized they would never be able to make a real case, was always nonsense.

It must be remembered that it was demonstrated to Mueller and his team very early on that they were being watched and that parallel investigations into Spygate were going on at the same time. That demonstration involved two members of Mueller’s newly formed team being removed after the DOJ Inspector General uncovered a series of highly incriminating text messages.

Why Trump Held Back Declassification

Trump has had to wait until Mueller showed all his cards. All the drama you are seeing about Mueller’s results being hidden from the public are nonsense. Trump and his administration want that report released to demonstrate there was no Russia collusion or any other crimes.

Trump masterfully trolled the Democrats and the media into loudly and repeatedly demanding that Mueller’s full report be made public. And he had them doing that even before they realized that Mueller was, in fact, about to vindicate what Trump has been saying all along, that there was no collusion between his campaign and the Russian government.

What’s the loudest talking point the Democrats, the DNC Media, and Never Trumpers would have had if Trump didn’t wait until Mueller was finished to launch his counteroffensive against the Spygate plotters?

They would have said: “Trump is ‘interfering’ with and ‘obstructing’ the Mueller special counsel probe and he’s only going after these people to stop the evidence of his collusion with Russia and his other crimes from being found and made public!”

If Mueller ends his investigation and releases a final report exhaustively detailing how he didn’t find any Trump-Russia collusion, they have lost that talking point forever.

That’s why Trump waited. Nobody is going to be able to say with a straight face that Trump was pushing the DOJ into going after the people who were working hard to expose his Russian collusion. That talking-point narrative is now more dead than Elvis.

You know he tried.

He and his team of 12 Angry Democrats… they tried, folks.

They tried so very, very hard.

You know they did.

Well, guess what? Mueller doesn’t have the goods after all. And people who spent all this time selling a narrative that he did, now have some explaining to do.

As these people make their desperate segue to talk of “campaign finance law violations” or “obstruction of justice” charges or some new crime they are fishing frantically for, they’re about to find themselves in a huge amount of trouble.

To keep the narrative that the walls were moving in on Trump and his family alive over the past two years, the Democrats worked in concert with the mainstream media. They rolled out one anonymously sourced story after another, all “proving” how Mueller was closing in on Trump.

Well, guess what? When the time is there to respond, Trump and his people won’t be using anonymous leaks to the media that fall apart on examination.

DOJ Inspector General (IG) Horowitz, U.S. Attorney John Huber, and the hundreds of investigators and prosecutors working in their offices have spent more than a year exhaustively and meticulously compiling actual evidence of crimes.

This isn’t going to be an anonymously sourced “official familiar with the matter speaking off the record” to The New York Times or The Washington Post.

It’s going to be official DOJ IG reports. It’s going to be unsealed DOJ indictments. U.S. Attorneys will be presenting this stuff inside courtrooms, not calling up media reporters on the sly for anonymously sourced leaks in the newspapers.

The contrast couldn’t be starker. The bad guys took their best shot at Trump, and all they had was hand-waving fake news leaks that strung people along for two years. Now, it will be Trump’s turn, and his people will be presenting evidence both in courtrooms and at official press conferences.

Official DOJ reports and official DOJ indictments will lay out the evidence that Horowitz and Huber have been collecting. And these won’t be breathless fake news scoops in The New York Times or The Washington Post or BuzzFeed that fall apart after a few days.

And you can quote me on that.