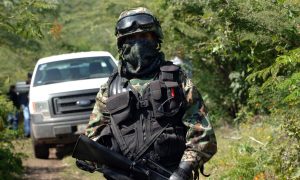 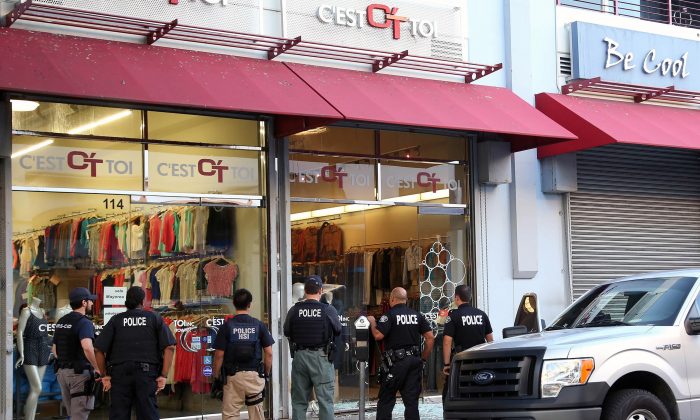 As Mexico Cracks Down, Drug Money Comes to US

CHULA VISTA, Calif.—For a company that booked $12 million in annual sales importing snacks like chile- and lime-flavored chips from Mexico, Baja Distributors Inc.’s offices were oddly quiet. There were no signs outside. Its small warehouse was almost empty. Phones went unanswered.

Investigators say there was a reason for the anonymity: The business was laundering money from Mexican drug traffickers. Baja Distributors, whose executives denied laundering drug money, brought more than $17 million from Mexico in 18 months.

U.S. front companies for cartels aren’t new, but U.S. officials say they took a more prominent role after Mexico capped dollar deposits in cash at $7,000 a month for businesses in 2010, later raised to $14,000. As a result, they say, cartels sought companies to deposit money in American banks and wire it back in pesos under the guise of international trade.

San Diego, the largest American city on Mexico’s border, became a magnet for cash coming to the country from Mexico, according to an Associated Press analysis of customs declarations since 2009.

“If one day you have a restriction and the next day that restriction no longer exists, one would think logically that it now becomes easier,” said Joseph Burke, head of U.S. Immigration and Customs Enforcement’s National Bulk Cash Smuggling Center.

Drivers have always stuffed trunks with cash from drug sales in the U.S. and went to Mexico undetected. That’s never changed but, with Mexican banks out of the picture in 2010, cartels needed other ways to convert profits to pesos to fund their operations and luxurious lifestyles.

Couriers brought dollars back to the U.S. and often declared them to customs officials, as required for any amount of $10,000 or above, U.S. officials say. The Treasury Department imposed additional reporting requirements on armored car services at San Diego border crossings in August, calling it a response to Mexico’s regulations.

U.S. border inspectors have little power to stop cash, and money laundering charges are difficult to prosecute, which leads some to believe the scheme will continue even without Mexico’s restrictions. Investigators say bringing money back and forth across the border makes it more difficult for either country to track.

There was $3.73 billion declared at U.S. ports of entry from Mexico last year, up from $3.15 billion in 2009, the year before Mexican regulations took effect, according to the AP’s analysis of customs declarations. Declared money from Mexico totaled $3.96 billion during the first eight months of this year.

It’s unknown how much of that was legitimate trade, but the U.S. Senate Caucus on International Narcotics Control reported last year that couriers were bringing a “significant” amount of drug dollars to the U.S. through land crossings with Mexico.

In Calexico, a border city east of San Diego, couriers came from Mexico with sacks of dollars after Mexico’s regulations took effect, some on scooters, said Vince Piano, a Phoenix police lieutenant and executive director of the Southwest Border Anti-Money Laundering Alliance, a group of law enforcement officials.

A Calexico storefront churned out business licenses for $500, including a U.S. phone number and address. “It was flagrant,” Piano said.

Baja Distributors caught the eye of ICE agent Nick Jones last November when he was scouring customs declarations. Numerous transactions jumped out, according to a search warrant affidavit that linked the activity to Mexico’s banking restrictions.

The company declared $17.2 million on 274 trips through San Diego’s San Ysidro port of entry from April 2012 to September 2013. Money was wired to Mexico from American bank accounts.

Jones thought the company’s suburban warehouse was too small and quiet for the revenue it reported. Interviews with competitors led him to believe there was no reason to bring so many dollars from Mexico.

The founder of Baja Distributors and two co-workers received suspended sentences of one year in jail, which they won’t serve if they complete three years of probation. They pleaded guilty in state court to engaging in an unlicensed business after prosecutors agreed to drop money laundering and other charges.

The attorney for the founder, Antonio Valle, said his client simply neglected to get a license for a currency exchange business he started. Jevon Hatcher said prosecutors failed to prove any connection to drug traffickers — a view echoed by Valle’s wife, Griselda Del Bosque, in a letter to the judge.

“His present situation is the result of circumstances which he knew nothing about,” she wrote in the letter.

Dollars Declared at US Ports of Entry From Mexico

A Mexican anti-money laundering measure that severely limited the amount of dollars that banks could accept in cash led cartels to bring money back to the U.S. to be deposited in American banks and wired back in pesos under the guise of international trade.

The Treasury Department figures below show how much money was declared from Mexico at U.S. land crossings, airports and seaports each year since 2009, the year before Mexican measure took effect. Figures are in millions of dollars, starting in 2009; numbers for 2014 are through Aug. 30.