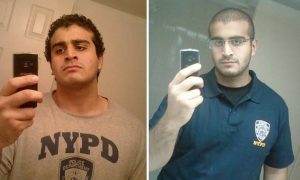 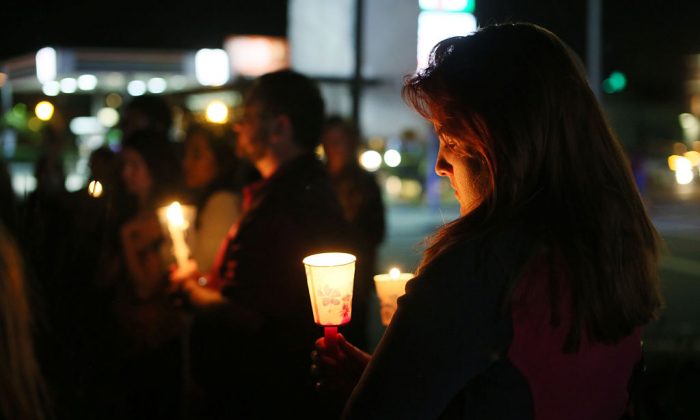 Mourners pay tribute to the victims of the Orlando shooting during a memorial service in San Diego, California on June 12, 2016. (Sandy Huffaker/AFP/Getty Images)
US

As Mass Shootings Plague US, Survivors Mourn Lack of Change

DENVER—The deadliest shooting in modern U.S. history has people around the world wondering why mass violence keeps happening in America.

For those who have lived through mass shootings, and for the law enforcement officers trying to prevent them, the answer is self-evident.

“Because we allow it,” said Sandy Phillips, whose daughter was among 12 killed at Colorado movie theater in July 2012.

The nation began the week mourning the 50 people killed early Sunday when a gunman wielding an assault-type rifle and a handgun opened fire inside a crowded gay nightclub in Orlando, Florida. Authorities are investigating whether the assault was an act of terrorism, a hate crime, or both. Politicians lamented the violence as tragically familiar despite its staggering scale.

The causes of mass shootings are as disparate as the cases themselves, but those involved in other tragedies couldn’t help but feel the similarities.

President Barack Obama called the latest massacre “a further reminder of how easy it is for someone to get their hands on a weapon that lets them shoot people in a school, or in a house of worship, or a movie theater, or in a nightclub.

“And we have to decide if that’s the kind of country we want to be.”

Although the Orlando shooter’s motives, and allegiance to Islamic extremism, aren’t yet clear, the massacre already sparks echoes of last year’s attack on a social services center in San Bernardino, California.

For Ryan Reyes, whose boyfriend was killed in that case, the shootings have less to do with gun control and more to do with highly charged political rhetoric and how people treat each other.

Still, guns get their share of the blame. Laws that allow almost anyone who has not been convicted of a felony to purchase guns have made it as simple as a mouse-click to get weapons and ammunition, Phillips said. That includes semi-automatic rifles like the Orlando gunman’s AR-15 (UPDATE: the shooter used a Sig Sauer MCX assault-style rifle), a common denominator in many of the worst recent mass shootings: Newtown, Aurora, San Bernardino, to name a few.

More frustrating, Phillips said, is that even the most horrifying massacres have provoked little change.

The best chance might have come after a gunman in the Sandy Hook community in Newtown, Connecticut, killed 20 first-graders and six adults at a school, just months after the theater shooting in 2012. Obama dedicated much of the start of his second term to pushing legislation to expand background checks, ban certain assault-style weapons and cap the size of ammunition clips.

That measure collapsed in the Senate, and since then, the political makeup of Congress has made new gun laws appear out of reach. Obama and other proponents of reform have all but quit calling for action after major attacks, shifting instead to simply decrying the fact that they can even happen.

When politicians do succeed at pushing for tighter gun measures, they risk their careers. In Colorado, fresh off the Aurora theater shooting and still healing from the 1999 shooting at Columbine High School in which two students killed 13 people and themselves, Democrats in the state Legislature in 2013 muscled through new laws requiring universal background checks and banning magazines that hold more than 15 rounds.

“We could have done something about this in the years since Columbine, since Sandy Hook,” said Marcus Weaver, who was wounded in the theater shooting and whose friend was killed. “When is enough enough?”

Sen. Ron Johnson, a Wisconsin Republican and chairman of the Senate Committee on Homeland Security and Governmental Affairs, disagreed that stricter gun laws are the solution.

Many mass shooters have been found to have severe psychological problems, including the Colorado theater shooter and the man who tried to assassinate Arizona Congresswoman Gabby Giffords in 2011.

For Phillips, the story is the same, each time.

“We have made it so easy in this country, for anyone — any one,” she said. “It doesn’t matter who that person is or what their agenda is.”