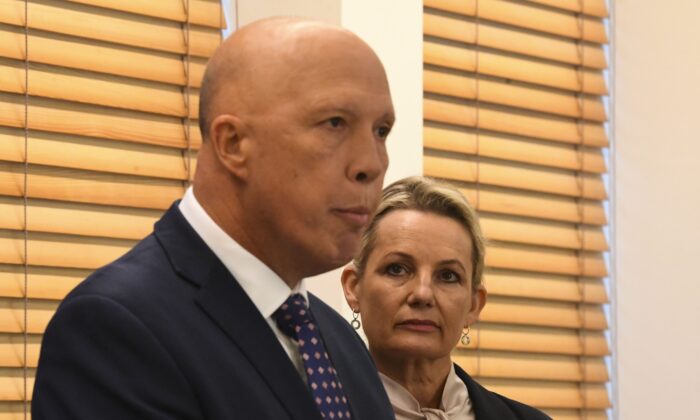 Australia’s opposition leader Peter Dutton has taken the nuclear power debate forward after saying he was “not afraid” to have a discussion about introducing the energy source to the country amid current soaring energy prices.

Australia currently sits on the world’s third-largest reserve of uranium. However, years of cultural aversion—and laws from the 1990s—have prevented governments from developing the industry to tap the resource.

“I’m not afraid to have a discussion on nuclear if we want to have legitimate emission reductions,” Dutton told ABC radio on June 6. “I don’t think we should be afraid to talk about any technology that’s going to have the ability to reduce emissions and electricity prices.”

“That’s something we can consider in time. I don’t think we should rule things out simply because it’s unfashionable to talk about them.”

The timing of his comments comes as the energy debate takes centre stage amid soaring wholesale energy prices—electricity and gas—which is feeding into rising living costs for average Australians, who already pay higher petrol and grocery costs. Inflation is also estimated to hit six percent by late June.

While the energy issue has been blamed on supply chain disruptions caused by the Ukraine War, there have also been concerns that limits on opening new oil, coal, and gas energy production—due to the climate change movement—has also tightened supply domestically and left governments with little leeway for disruptions.

The development of small modular nuclear reactors has been proposed as a solution, yet, it would require Australia to overturn the Australian Radiation Protection and Nuclear Safety Act 1998 and the Environment Protection and Biodiversity Conservation Act 1999.

Chris Bowen, the minister for energy and climate change, is due to meet with his state and territory counterparts to discuss solutions, while Tony Burke, Minister for the workplace, revealed that the government was not ruling anything out.

“It’s been a decade of no energy policy [under the former government] that has effectively led us to a situation where we’ve ended up with this perfect storm,” he told reporters on June 6. “Some of the issues are international, but our capacity to be able to deal with those international issues is very much domestic, so there won’t be a quick knee-jerk response.”

This sentiment is echoed by former opposition leader Barnaby Joyce, who said that reaching net-zero means Australia would need to close its major exports such as coal, gas, and live cattle, “but still expect to have the same money for health, education, the NDIS, roads, communication, the arts and defence.”

“Just as we cannot grow the same amount of food with less water if 450 gigalitres extra is handed to environmental flows in the Murray Darling Basin, as virtuous an idea that may be,” Joyce wrote in his Facebook post on June 1.