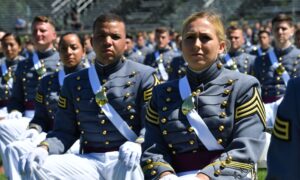 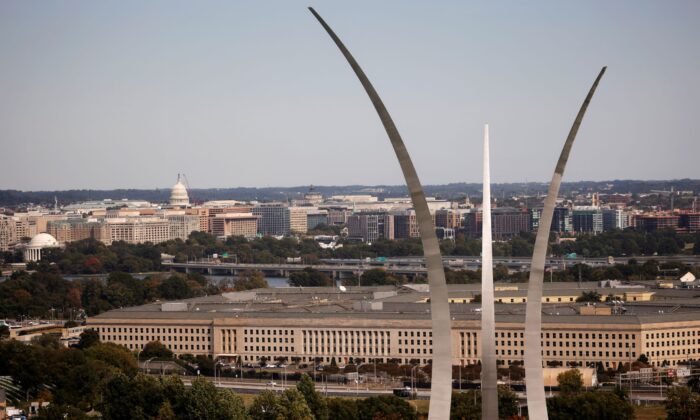 US Military Braces for Mandatory COVID-19 Vaccines As Delta Spreads

WASHINGTON—With the growth in the Delta variant, the Pentagon appears poised to mandate vaccinations against COVID-19. Officials told Reuters a decision on the next steps could come within days.

The U.S. military says around half the U.S. armed forces are already fully vaccinated, a number that climbs significantly when counting only active-duty troops and excluding National Guard and reserve members. Vaccination rates are highest in the Navy, which suffered from an outbreak last year aboard an aircraft carrier. About 73 percent of sailors are fully vaccinated.

That compares with the U.S. national average of about 60 percent of adults ages 18 and over who have been fully vaccinated.

Because U.S. troops are generally younger and fitter, relatively few U.S. servicemembers have died as a result of COVID-19—just 28 in total, according to Pentagon data.

For the general U.S. population, however, the pandemic has led to the biggest decline in life expectancy in the first half of 2020 since World War 2. According to data provided by Johns Hopkins University, more than 614,000 people have died from COVID-19 in the United States as of Aug. 3, 2021.

Last week, President Joe Biden asked the Pentagon “to look into how and when they will add COVID-19” to its list of mandatory vaccinations.

“Our troops serve in places throughout the world, many where vaccination rates are low and disease is prevalent,” he said.

It is unclear if the Pentagon’s initial announcements will go beyond ordering planning for mandatory vaccinations while the Food and Drug Administration is still weighing formal approval for vaccines, which are now authorized only for emergency use.

Pentagon officials are voicing concern for the safety of troops. A number of U.S. companies like Walmart, Walt Disney, Google, and Facebook have mandated vaccination for U.S. or onsite employees.

Officials acknowledge a significant percentage of the military population—and their families—have shunned the COVID-19 vaccine.

Vaccinations have become a political issue in the United States—as have discussions about making them mandatory for the armed forces.

Dr. Anthony Fauci, the longtime director of the National Institute of Allergy and Infectious Diseases and a top adviser to Biden, said on Friday he hopes regulators could start granting full approval for the vaccines as soon as this month.

Defense Secretary Lloyd Austin, a retired Army general, last week in the Philippines said, “Quite frankly, I’m inclined to move towards making sure that everybody is properly protected.”