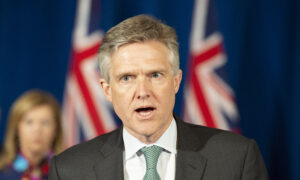 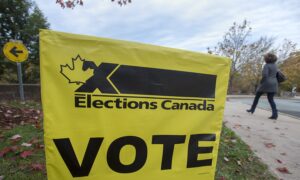 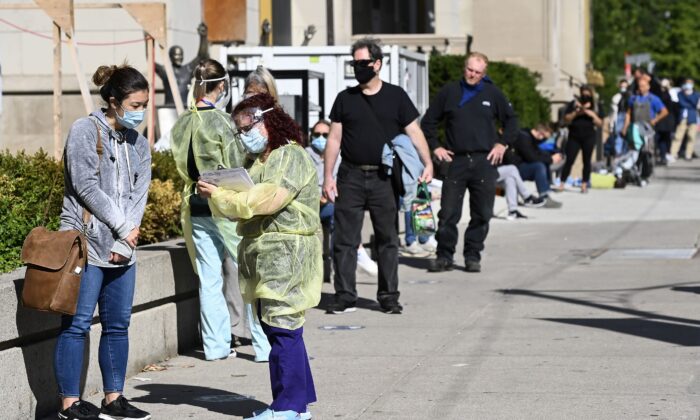 A health-care official takes information as people line up at a COVID-19 assessment centre in Toronto on Sept. 18, 2020. (The Canadian Press/Nathan Denette)
Europe

As COVID-19 Cases Surge in Ontario and Quebec, Merit of Another Full-Scale Lockdown Questioned

A rise in COVID-19 cases in Ontario and Quebec may mean a second wave has begun, leading to speculation that lockdowns could be a fact of life again before long.

In recent days, both provinces have introduced tighter restrictions on social gatherings, with Quebec’s public health director declaring on Sept. 21 that a second wave may have started in the province.

Ian Lee, a professor at the Sprott School of Business at Carleton University in Ottawa, hopes that full-scale lockdowns will not be the approach this time around.

“If there’s a second wave, [lockdowns] can be much more targeted and surgical and reduce the damage to much smaller levels than we experienced March, April, when the economy went over a cliff and the GDP went down much more than any time in recorded economic history in Canada,” Lee told The Epoch Times.

“If we had a complete shutdown analogous to what we did in March, it would be devastating.”

Lee suggests a “modified lockdown,” closing only in-person services where people need to stay for a significant period of time, such as bars, restaurants, athletic centres, hair salons, and so on.

“Beyond that not much else needs to be closed down because most retail is transactional. You’re in, you’re out,” he says.

Premier Doug Ford said on Sept. 19 that informal social gatherings would be reduced to 10 people indoors and 25 people outdoors across the entire province.

At that announcement, Ontario Health Minister Christine Elliott noted that further action will be taken if needed. “As we continue to closely monitor the spread of this virus, we will never hesitate to take further action to protect the health and well-being of all Ontarians,” she said.

Ford said on Sept. 14 that a second wave “is a scenario that we’ve been preparing for all summer long.” “We will take every step necessary including further shutdowns,” he said.

“People look to authority. They look for guidance when they’re frightened that something’s happening and they figure, OK, well look, you got elected, you have experts around you, you tell me what to do, you have more information. So their popularity went up,” Wiseman said in an interview.

According to a Ipsos poll released Sept. 18, 76 percent of Canadians believe a second wave of COVID-19 will arrive this fall, and 75 percent believe non-essential businesses should be shut down quickly as was done in March.

“What I could see happening—and it probably will because I notice the number of cases went up recently—is we might just go back and close down restaurants and bars again. I don’t expect that they will close down construction or other retail operations,” Wiseman said.

On the topic of a second wave, federal Health Minister Patty Hajdu told reporters on Sept. 15 that a “much more surgical approach” will be taken in future to avoid a full lockdown like the one in spring.

“It doesn’t have to mean that everybody has to stay home and not go to work,” she said.

“I think we have massively overreacted because of fear,” Lee says of the lockdown in spring.

“I’m not trivializing, saying, ‘Oh, let’s ignore it.’ Yes, I’m wearing a mask. Yes, I’m socially isolating because I’m over 65 and because I take immune-suppressive drugs for my rheumatoid arthritis—I know that I’m high risk. Young people are not high risk [for sickness or death] because I’ve seen the stats.”

A report by the C.D. Howe Institute in May said another full-scale shutdown is unsustainable.

“If there’s a second wave, then we just don’t have the fiscal capacity to shut down the same way we did,” Jeremy Kronick of the C.D. Howe Institute told the National Post. “It’s just not going to be feasible to do again.”