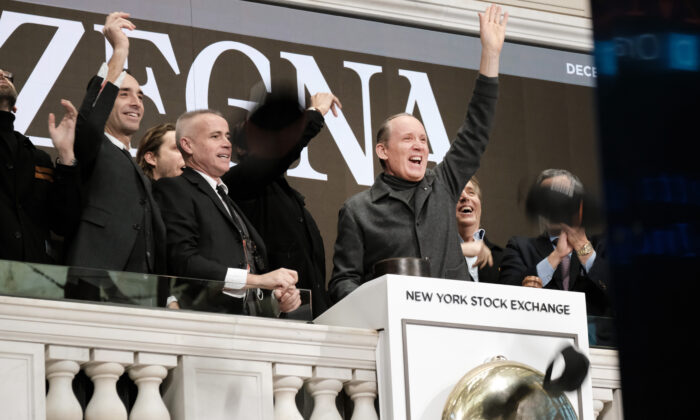 As China’s Sales Slump, Luxury Industry Looks to US Market

Affected by the COVID-19 lockdown measures, sales of luxury goods in the Chinese market have suffered significant setbacks. Global luxury industry leaders said recently that the booming U.S. market and emerging markets have the potential to help offset the negative impact of the Chinese market.

Before the outbreak of the CCP (Chinese Communist Party) virus pandemic, wealthy Chinese were once the largest consumers of luxury goods in the world. After the pandemic began, Chinese luxury goods buyers could not travel abroad and were forced to shifted their spending from international markets to the domestic one. As a result, China itself became the world’s largest luxury goods market in 2021

However, the latest virus outbreaks inside China since the start of this year, combined with the Chinese regime’s strict zero-COVID policy, have taken a toll on China’s economy, as well as the country’s luxury goods market.

Luxury stocks have continued to fall over the past several months. The price of Italian luxury group Zegna has fallen 16 percent from its high point after the company listed in New York last December, and the value of French luxury group LVMH, which includes the brands Louis Vuitton and Moet, fell 25 percent over the same period.

As investors worry that China’s draconian lockdowns, international sanctions on Russia, and the global cost-of-living crisis could hurt the demand for luxury goods, two top leaders in the luxury industry said that their businesses will continue to thrive in a booming U.S. market.

Gildo Zegna, CEO of Zegna, and Antoine Arnault, CEO of Berluti, which is part of the LVHM stable, spoke at the Financial Times Business of Luxury Summit held from May 18 to 20 just outside London, UK. They both believe that the U.S. market will continue to increase their sales.

Arnault emphasized the thoughtful balance of the LVMH group, saying that he expected other markets to compensate for China’s downturn.

Zegna reported year-on-year sales growth of just 0.3 percent for Greater China for the first quarter of this year, while its sales in the United States posted 97.2 percent growth from a lower base. During the same period, LVMH reported 8 percent year-on-year sales growth for its Asia market excluding Japan, and 26 percent growth in the U.S. market.

Antoine Arnault, son of Bernard Arnault, LVMH’s chairman and CEO, said he was very optimistic for the next five years, as he expects the rest of the world will make up for the slowdown in China.

Zegna also said that the company is open to further acquisitions. In 2018, his company acquired the American brand Thom Browne.

He said one of the advantages of acquisitions is to leverage the systems the company has set up for its existing brands for newly acquired companies. For instance, Thom Browne uses elements from Zegna’s supply chain and some of its manufacturing.

“I think the strength of [mergers and acquisitions], when you have an integrated supply chain like we do, is to be able to join forces, cross-fertilize,” he said.