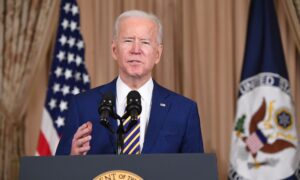 Almost indiscernible in the relatively banal debate about foreign policy, and particularly the relations of the United States with China and Iran, is a sideways shift in the alliance system that was set up to deal with, and was the framework for the successful conclusion of, the Cold War.

The only rival of the United States as the world’s premier power, the Soviet Union, disintegrated into 15 separate states and international communism collapsed without a shot being fired in anger between the two main protagonists. It was the greatest and most bloodless strategic victory in the history of the nation state.

To the great credit of the United States, there was a practically no triumphalism; no invidious jubilation of the kind that inevitably occurs at the victory in armed conflicts when one power has surrendered to one or more others.

The continuing Russian leadership was graciously treated and even though Russia is set back to the borders of the Grand Duchy of Muscovy in the 17th century, before the rise of Peter the Great and the Romanovs, Russia is still, as it deserves to be, treated as a great people and a very distinguished civilization that has given the world some of its very greatest cultural figures, especially in literature and music.

The Soviet state, continued by what is called the Russian Federation, lost more than half its population, and has ambiguous relations with most of its former constituent states, especially Ukraine, Georgia, Belarus, Latvia, Lithuania, and Estonia.

The occupants of the Kremlin, the heirs in modern times of such world-shaking leaders as Lenin, Stalin, Khrushchev, Brezhnev, and Gorbachev, in their preoccupation with the reassertion of Russia’s importance in the world, have oscillated between the West and China as the party with which it might more profitably collaborate.

In the century prior to the end of the Cold War, starting from the German Emperor William II’s impetuous dismissal of the founding chancellor of united Germany, Bismarck, it became a truism to say that Germany was too late united, uncertain whether it was an eastern or western facing country, and was a state which, whenever it sought to assure its own security, inflicted extreme insecurity on its neighbors.

In the lifetime even of someone who is now 40, the western world has advanced steadily to the east from 120 miles east of the Rhine at the frontier of the former East Germany, to the post-reunification border of Germany with Poland, and then with the collapse of the Warsaw Pact, to the eastern border of Poland, and now it is notionally hovering over Ukraine only 400 miles from the Kremlin itself.

The failure of the communist experiment in Russia, squandering 250 years of the fruit of Russian aggrandizement in Europe, while it demoted the regime in the Kremlin from a competitive level of power and influence to Washington’s, effectively transferred to Russia an evolved variation of the former condition of Germany: Russia is now the central key to the entire Eurasian land-mass, courted by east and west and still potentially helpful and harmful to the interests of the leading powers in the East and West.

Diminished though its weight is in the world, when Russia shifts toward or away from China, it influences the international correlation of forces.

The one strategic development that could rattle the position of the United States, apart from the decay and atomization of identity politics undermining the foundations of American society with the torpor of white self-hate, is some combination of surplus Chinese manpower with unexploited Siberian resources bringing those two countries into close political cooperation. This could turn China overnight into a natural resources treasure house capable of rivaling North America.

In response to the overbearing but not overtly belligerent attitude of China to most of its neighbors, (none of which was apparently noticed by the Obama administration), the Trump administration encouraged Japan, India, and the other principal states of the Far East and South Asia to enhance their defense capabilities and cooperate economically.

There can be little doubt that the dramatic shift of the People’s Republic of China from intermittent Maoist chaos to the fervent pursuit of economic growth incited India to discard the Nehru-Gandhi philosophical indifference to immense poverty, and to embark on its own long march out of dysfunctionality toward an ever-expanding middle-class.

As the tectonic plates of geopolitical strength shift gradually, it is natural for the beleaguered entity of the European Union, pretending to have a common supranational goal that it does not in fact possess, to imagine that it can hedge its political bets and entice the affections of China, as Cold war western neutralists like former West German chancellor Willy Brandt and Canadian prime minister Pierre Trudeau, once courted the Soviet Union.

It was in this context, though it never explicitly emerged in this way, that Britain exited the European Union; it is ultimately in much greater solidarity with the United States and Canada than with Europe, and as Germany hears again the forest murmurs and imagines it has some intercontinental vocation involving China, the former Soviet-dominated states led by Poland are in greater solidarity with the Anglo-Saxons.

The French can always be relied upon to follow their self-interest, which since Napoleon has ultimately been across the English Channel and the Atlantic Ocean and not the Rhine. The Italians and Spanish are more likely to follow the French and the British than the Germans, for obvious historic reasons.

All this movement, gradual, implicit, and spontaneous, is inching toward a league of states hostile in varying measure to the status quo led by the West, more particularly the Anglo-Saxons, and preeminently the Americans: China, Pakistan, Iran, Turkey, and Russia (on again, off again), with Germany in a pacifistic Wagnerian fairy tale of unique virtue while the Anglo-Saxons with general French cooperation support the Arabs and Israelis against the Iranians and Turks, and support the Indians, Japanese, and others to resist the encroachments of China.

This is all very fluid and tentative, but it underscores the need to recast NATO as a world-wide league and defensive alliance of passably democratic countries and some special treatment for the Germans to prevent them becoming completely distracted, and a winning bid to Moscow in a good-old-fashioned cynical power auction, which Russia will perfectly understand and the West can easily win against China if its statesmen know what they’re doing.

The most likely focal point of interaction, the Berlin of this new era, is Taiwan, where the West has a much stronger hand than president Truman did during the Berlin Airlift (1948–1949), or President Kennedy did across the Berlin Wall (1963).

This requires real statesmanship, not dreamy, cross-eyed bunk about cooperating with China over climate change and hectoring Russia about civil rights. For all his rough edges, Trump saw the self-interest and natural aspirations of the foreign leaders he dealt with, raised the alarm about China, kicked NATO to attention, brought the Israelis and Arabs together against the Arabs’ ancient Turkish and Persian foes, and strengthened ties with India and Japan.

As always since the U.S. Civil War, the United States has the most enviable hand of geopolitical cards to play, as long as it has office-holders who know when and where to raise the ante, call the other side, and fold where appropriate. It is impossible to be optimistic about the new crew, but they are in office and deserve a hopeful domestic audience as they take their (i.e., our) chance.