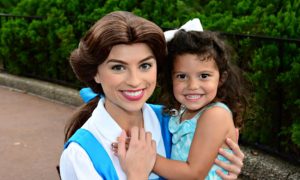 Fit for a Princess: Walt Disney World for Little Girls
0 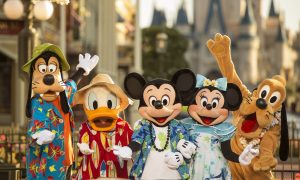 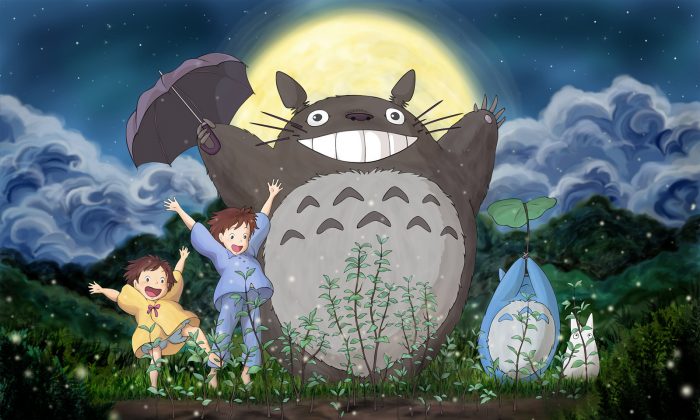 Artists Disney and Miyazaki Connect to Other Worlds

Disney World is the size of two Manhattans, and contains marvels and wonders

Creativity rules society, more than we think it does. Poets are stronger than bankers. Walt Disney and Hayao Miyazaki are making worlds. Disney started his magical kingdoms generations ago. The great Japanese animator, painter, and filmmaker Miyazaki is building a theme park on Okinawa, due in 2017. I must go. Okinawa 2017!

I am less of a fan of Disney than of Miyazaki, but I was excited to go to Disney World in Florida on Sept. 21, and as it promises, I found magic in the Magic Kingdom. As I left at twilight, I saw clouds that spelled “thank you for coming.” No airplane. No smoke jet cannons. No visible Tinker Bell, but I can only assume she wrote it with her magic wand. I believe, and Tink lives.

Let me tell you an idea about artists. I think they connect us to other worlds. Many scientists have spoken of the idea that there are multiple universes. Now may be a post-Copernican revolution. People in Copernicus’s time had their minds boggled by the idea that our earth is round and circling the sun. Even more boggling is the concept of many interconnected realities.

As a story in Scientific American said, “In this view, not only is our planet one among many, but even our entire universe is insignificant on the cosmic scale of things. It is just one of countless universes.” I think the artists get to communicate with some of the other realities. They bring news of the other times and spaces to us.

Some time spaces are beautiful and some are more of a netherworld. Banksy’s time space might be a bleak one.

Speaking of his film “Spirited Away,” in the book “Turning Point,” Miyazaki said he thinks many of the memories we recall may come from earliest childhood, “but a lot of them may come from something more ancient, from before we were even born. But of course, I don’t really know what I’m talking about. Sorry. It’s just what I think.”

He was trying to articulate his view that we all have more knowledge than we can get from the physical world, in my opinion. The creative folks are more closely linked to that knowledge than most of us.

Miyazaki, when developing a story, feels almost as if he is under a spell, he said. “I feel like a lid on my brain—one that I normally never open—has been opened, and that an electrical current connects me to some other faraway place.”

I feel like a lid on my brain—one that I normally never open—has been opened, and that an electrical current connects me to some other faraway place.
— Hayao Miyazaki, Japanese animator, painter, and filmmaker

When I entered Disney World, I entered alone, like Chihiro, the girl on a quest in “Spirited Away.” I had tacked on a play day after the Society of Professional Journalist’s Excellence in Journalism 2015 Conference in Orlando.

The “cast members” all had their hometowns on their name badges, the better to welcome you with. Some were princes, some were colonial Americans, some were peasants, some were cowpokes, some were security guards, and all were gracious and warm, seriously.

“A princess!” cried my ticket taker, in a rich baritone.

It was almost overwhelming. The Magic Kingdom pretty much is a series of multiverses, from Fantasyland, to Tomorrowland, to Frontierland, to Adventureland, to Liberty Square and more, covering 107 acres. All of Disney World is the size of two Manhattans. You need the monorail, the train, the Liberty Belle paddleboat, and the buses. Feet are not enough.

I needed to have lunch and regroup. And what to my wondering eyes should appear but the restaurant from the movie “Lady and the Tramp.” The one behind which the canine lovers shared a strand of spaghetti.

The movie played in the lobby. I would have been delighted to sit down and watch the whole thing. My server, in a costume from the movie, sat down with me and talked to me without making it seem that she pitied me for traveling solo, a delicate courtesy.

She had worked there for 18 years. She was proud of how Disney cares for its cast members, and proud of the company’s skill at customer service. She said it goes beyond skill into true empathy. That was my experience of her—we had a real conversation. I had been lonely and she gave me a moment of connection.

I want to tell you a secret that will carry you through all the trials that life can offer. Have courage, and be kind.
— Cinderella's mother

This carries me back to my theory about artists. They transmit tales from other time spaces.

Disney’s 2015 version of “Cinderella” is live action. The Cinderella story spread through nearly all cultures, from China. Artists have told and retold it, in picture books, movies, and ballets. It’s not about a girl being rescued by a guy. This story lives because, like other ancient Chinese tales, it tells how to be a good person. It’s another iteration of Chinese civilizations’ great theme that the universe rewards virtue.

Cinderella’s mother leaves her this legacy: “I want to tell you a secret that will carry you through all the trials that life can offer. Have courage, and be kind.”

Disney gave us a glimpse of a world in which kindness leads to happiness. Disney created Disney World, in which all the inhabitants welcome everyone. I think that the optimistic Uncle Walt was connecting to a better place, and portraying it for us.