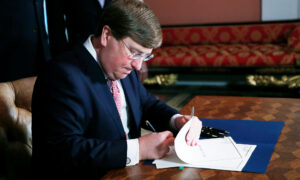 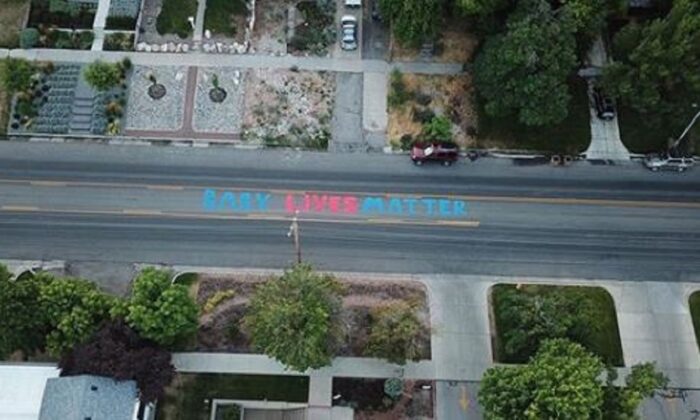 An artist painted a mural that said “Baby Lives Matter” outside a Planned Parenthood in Utah.

“Nobody wants to Address one of the biggest human rights crisis that goes on around us daily,” Tayler Hansen, the artist, told The Epoch Times over Twitter direct message.

He created it around 1 a.m. on July 15. The mural was removed later in the day.

“It was either Planned Parenthood or the city. All the workers were on their phones freaking out when they came into work and saw it,” Hansen said.

“The City regularly removes signs and graffiti from its property as part of its routine maintenance,” she said.

Planned Parenthood didn’t respond to a request for comment.

The painted words mimicked the “Black Lives Matter” murals being placed on streets in various cities. New York City workers, for instance, have painted the words in all five boroughs.

“Baby Lives Matter” was painted in blue and red.

Hansen said in a video statement that he painted the mural “to raise awareness for one of the most egregious human rights violations that has not been properly addressed.”

Because of the number of abortions around the world, he felt motivated “to demonstrate a true peaceful protest dedicated to those abandoned without a voice.”