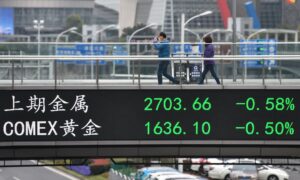 By aifang he and Gu Qing'er
Print
Chinese scientists tinkering with the weather caused millions of tons of snow to fall on Beijing over the weekend, delaying 523 flights from the capital and infuriating passengers.

The Beijing Weather Modification Office (BWMO) induced the first snow of the season, a month earlier than usual, after firing 186 silver iodide capsules into the clouds, according to Weather China.

Chinese meteorologists say the earliest snowfall normally occurs around Nov. 29, according to statistics developed over 50 years as reported by state-run media.

“We won’t miss any opportunity to use artificial precipitation since Beijing is suffering from an ongoing drought,” the Weather Modification Bureau chief Zhang Qiang said to Student News Daily.

The snowfall inconvenienced more than 10,000 airline passengers and delayed 523 flights at the Beijing Capital International Airport.

Former Google Vice-President Li Kaifu waited 17 hours in the boarding area for a Taipei flight, according to the Guangzhou-based Southern Metropolitan Daily. He blogged about the experience on Sina.com: “I thought bringing two notebook batteries to fly from Beijing to Taipei would be enough; I didn’t think I’d be waiting 11 hours. Now I can only use twitter on my cell phone. People on the plane were full of complaints; some people were so hungry they were going to faint, I just took it as a chance to lose weight. I’d not eaten for nine hours or drunk water for three, and there was nothing for it. The air conditioning was terrible. The grumbling staff didn’t have any strength left to get angry.”

Other passengers were loaded onto planes that wouldn’t take off for hours.

Because the oxygen supply on the planes was short, some passengers fainted and had to be carried out. Later, many began demanding they be let off, some trying to force their way out of the cabins in an attempt to return to the terminal. Jin, who flew from Beijing to Shanghai, said passengers on his plane were extremely agitated, quarrelling angrily with airline staff.

Others complained about the inefficient coordination between the airlines and the Beijing Weather Modification Office.