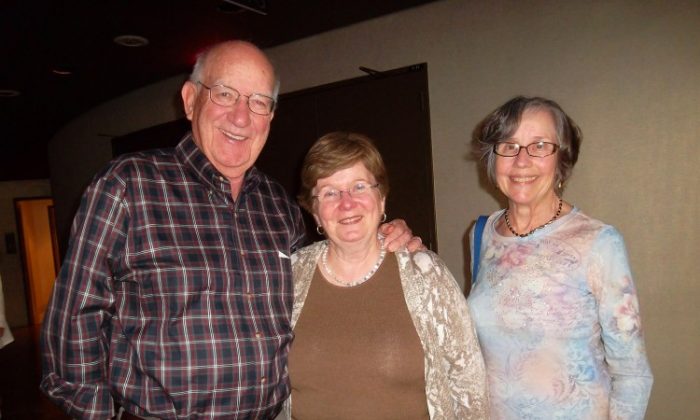 New York-based Shen Yun has three companies which tour the world, its aim to revive China’s 5,000 year-old culture after that culture was nearly destroyed by more than 60 years of communist rule, according to the company’s website. Classical Chinese dance, one of the most comprehensive dance systems in the world, is enhanced by an orchestra that seamlessly blends Western and Chinese instruments.

“This is where it all started—because the Chinese civilization is so old, everybody borrowed from this,” said Mrs. Westerhoff.

Mrs. Westerhoff founded the Westerhoff School of Music and Art in New Jersey, which offers private lessons in instruments such as the piano, violin and cello, music theory, and art.

The art seen in Shen Yun “was wonderful,” said Mrs. Westerhoff. “I wish my art teacher could have seen it, too,” she added, “because the scenery in the back, each one was very good.”

Shen Yun is particularly unique in using state-of-the art digital backdrops that ” transport the audience to another world,” according to the company’s website. “Projected behind the dancers, the hi-tech images lift the stage and set it amidst blossoming landscapes, deep forests, Mongolian prairies, or celestial paradises.”

“The whole backdrop, where the images come down and they come on stage, that was terrific,” said Mrs. Westerhoff’s husband Gary, a retired engineer who is now a wildlife and and nature photographer.

The backdrops harmonize with the dancers, whose colorful handmade costumes “span China’s dynasties, regions, and ethnic groups,” according to the website. The costumes have received acclaim from world famous fashion designers, including Norma Kamali and Donna Karan.

Mrs Westerhoff was impressed with the costumes too “beautiful,” she said.

The dancing and the coordination also impressed her, leaving her, her husband, and their friend Marge, who accompanied them on Saturday, awed by the talent and wondering where all the dancers had come from.

According to the company website, Shen Yun is composed of artists from around the world, who came together in 2006 to establish the company. “Today, Shen Yun counts many winners of international dance and vocal competitions among its artists, and the orchestras include many musicians from world-renowned symphonies and conservatories,” the website says.

In the end, the trio was pleased they attended the performance.