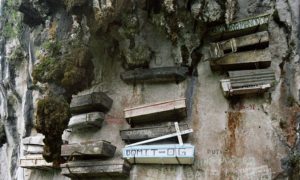 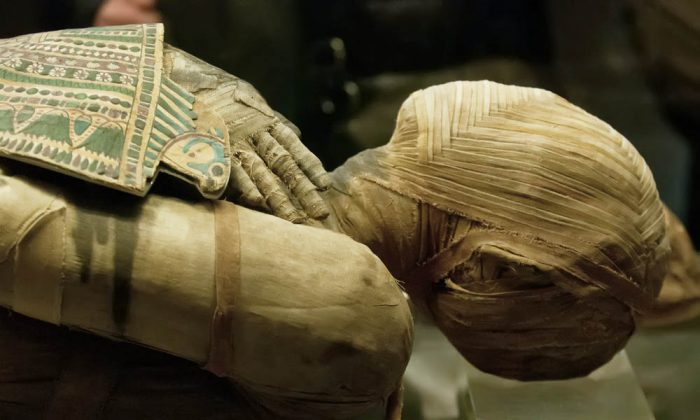 A file photo of an Egyptian mummy. (Shutterstock*)
archaeology

Mummies are a familiar image in modern Western culture, sometimes silently resting in glass museum cases, or other times shuffling along on two cursed feet, moaning and draped in ragged linens in Hollywood films. Mummies, unlike other human remains, are even now regarded as special, exciting artifacts. However, it was not too long ago that mummies were used in unconventional ways—as drugs, as entertainment, and perhaps even as fuel.

Although mummies can be found on every continent all over the world, they’re often associated with ancient Egypt. Early sources of the preserved remains of humans and animals were grave robbers, who plundered tombs and burial sites, searching for gold, jewelry, and valuables. Sometimes the bodies would be sold as they gained mystique and value.

In the early 19th century, archaeological science was in its infancy, but expeditions became very popular following Napoleon’s campaign into Egypt and Syria. Scientific excavations in Egypt were well intentioned, but not always headed by scholars or experts, and were often opportunistic digs by rich, curious amateurs. This resulted in sites, artifacts, and knowledge being damaged or destroyed. Medical dissections of mummies were more theater than forensics.

Not seen or regarded as the remains of loved ones, mummies were instead treated as a commodity, a curiosity, and a relic of an ancient age—the properties of which were mystical and powerful. They played a role not only in the arts, sciences, and culture of Europe, America, and other places around the globe, but they also had many surprising (and dubious) historical uses:

Ancient Egyptian mummies were ground up and made into a brown oil paint in the 16th and 17th centuries. Known as Caledonian Brown, Egyptian Brown, or even simply Mummy Brown, the rich pigment was made from the remains of both human and feline bodies. Despite its tendency to crack, it was a very popular pigment—until artists eventually discovered what it was being made from. British artist Edward Burne-Jones is said to have given his tube of paint a ceremonial burial in his back garden once he realized its origins.

It was claimed that one mummy could supply enough paint to last several artists for twenty years. Eventually the supply of mummies for use in paint dwindled (as did the number of artists who wanted dead bodies in their paint), and Mummy Brown is now made with the mineral hematite.

Turn Your Dead Loved One Into Fireworks, or a Pencil Set

10 Incredible Mummy Discoveries from Around the World

According to Smtihsonian.com, European beliefs and practices (and those of cultures around the world) in the 16th and 17th centuries included eating and drinking human remains—ground bones, blood, and fat—as medicines to treat ailments; they were cures for everything from headaches to mental illnesses and deadly diseases. So it was no leap to use the “magical and powerful” mummies for the same purposes.

British monarch Charles II would rub mummy dust on his skin to absorb the “greatness.”

A study in the Journal of the Royal Society of Medicine reveals that mummies were widely used as drugs or medicine in Europe for hundreds of years. As early as the Middle Ages, ancient mummies were taken from Egypt and ground into powder. This was to be swallowed or applied topically, and it’s said that British monarch Charles II would rub mummy dust on his skin to absorb the “greatness.” This “corpse medicine” eventually died out as science and modern medicine made gains, but examples of using mummies as drugs still popped up in catalogs in Europe as late as the 20th century.

The linen wrappings and papyrus fibers from mummies were said to be made into printing paper in the United States. This is more urban legend than fact. In the 1850s, America was reaching a dilemma in paper-making. Producing more newspapers than any other country, it was in need of raw paper materials to keep up with output. The claim that mummies and their wrappings were used to fill this requirement hasn’t been proven but it was an idea widely discussed, and was reported in an 1847 issue of Scientific American.

Archaeologist Dr. Isaiah Deck wrote in 1855 on the availability of mummy burial sites as resources, “So numerous are they in some localities out of the usual beaten tracks of most travelers, that after the periodical storms whole areas may be seen stripped of sand, and leaving fragments and limbs exposed in such plenty and variety.”

Much like the stories of mummy paper, mummies as fuel is likely just an urban legend, but it stems from reports from the American author Mark Twain. The humorist popularized this idea when writing about the first railroad being built across Egypt in “The Innocents Abroad.” He claimed that due to a lack of trees in the desert, mummies were used as train fuel, writing, “The fuel use for the locomotive is composed of mummies three thousand years old, purchased by the ton or by the graveyard for that purpose.” He (seemingly tongue-in-cheek) concluded they probably burned well, as they were coated in resins and bitumen, and could be stacked like cord-wood.

In the 1800s, mummies, Egyptian culture, and everything relating to it (known as Egyptomania) was all the rage, and mummy unwrapping parties were said to be held as social events by royalty and high society in Europe. As the name suggests, mummies were acquired and unveiled to the delight of an audience. However, these unwrappings or “unrollings” often were not for parties exclusively, but instead performed academically, albeit in public settings.

The Yale Peabody Museum of Natural History writes of the best known proponent of mummy unwrappings, Victorian-age surgeon Thomas Pettigrew. He would hold autopsies or “unrolling parties” where the British social elite would gather to watch. These morbid curiosities attracted the public and were largely spectacles, however, detailed knowledge of ancient embalming techniques was gathered through these anatomical studies.

Mummies still thrill and fascinate modern researchers and the public at large, and we continue our mummy “unwrapping parties” through the use of high-tech scanning technologies, advanced examination, and forensic techniques, and museum mummy exhibits. Seen through a modern lens, the antics of early mummy fanatics and the historical uses of the remains are surprising and unethical, yet at the time the purposes made perfect and practical sense.

Hopefully our descendants do not find our appreciation for and treatment of ancient remains as ghoulish and unenlightened as we do those who were all wrapped up in Egyptomania!

*Lead image of a mummy via Shutterstock