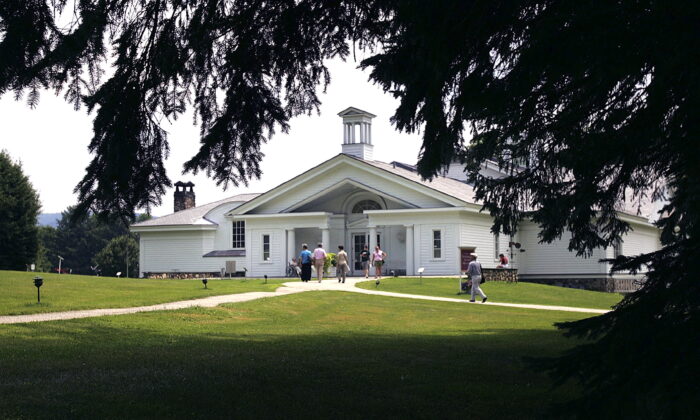 At least eight works of the celebrated American illustrator Norman Rockwell featured the Civil War-era president. A couple of those pieces, including the illustration “Lincoln for the Defense” which shows the former president in his early years as a lawyer, are included in the exhibit.

More than 50 multimedia works, including original paintings, illustrations, photographs, and artifacts inspired by the sculpture that was dedicated in May 1922 are on display.

“Norman Rockwell greatly admired President Lincoln,” Norman Rockwell Museum president and CEO Laurie Norton Moffatt said. “He thought of him as just a towering American and admired his ability to bring the country together at such a challenging time, and he incorporated him into a number of his paintings.”

The exhibit also includes a print of Rockwell’s 1975 oil painting of famed Civil War photographer Mathew Brady taking a portrait of a seated Lincoln. The exhibit features a print because the original is in a private collection, Moffatt said.

The exhibit runs in Stockbridge until Sept. 5, before moving on to the Concord Museum from Sept. 22 until next Feb. 26. Plans to display it elsewhere are still in the works, Moffatt said.